About 30,000 families across the country receive their final One-Parent Family Payment today.

These parents are being moved to different payments; mainly to the newly-introduced Job Seekers Transitional Allowance or to Job Seekers Allowance, because their youngest child has reached the age of seven.

Changes to the eligibility criteria for the payment were introduced in Budget 2013 by Minister for Social Protection Joan Burton and have been phased in since then.

One Family, an organisation that represents lone parents, has said the removal of the payment will increase poverty and prompt working parents to consider giving up their employment.

Speaking on RTÉ's Morning Ireland, spokesperson Stuart Duffin said replacing the payment with the Job Seekers Transitional Payment will not bridge the gap between the two benefits.

He said: "Many lone parents are working but they're working 15 to 16 hours a week, which means they do not have access to Family Income Supplement.

"In addition to that when they were on the One-Parent Family Payment they had an income disregard of €90 a week - the amount of money they could earn before it impacted on their benefit - that is going to be slashed by 30%."

He added: "We are supportive of the route out of poverty being paid work but people are making rational choices and seeing that their working arrangements are not paying so many parents are considering giving up jobs.

"The cost of childcare and the additional stresses that that causes is making people make those judgements," he said.

Mr Duffin said One Family was calling for the income disregard to be equalised and the reduction in the qualifying hours for the Family Income Supplement.

Ms Burton was to meet members of the Labour parliamentary party today to discuss changes to the payment.

In the Dáil yesterday, Ms Burton said that she would examine the various supports available to all families with children, including lone parent families, in the next Budget.

She also said she would look at improving supports for families in part-time or full-time employment.

The issue was raised during Leaders' Questions this morning.

Sinn Féin Deputy Mary Lou McDonald asked if - in the absence of affordable childcare - the Government would reverse the decision of cutting the lone parent payment.

Minister for Communications Alex White said the Government had more work to do in relation to childcare. 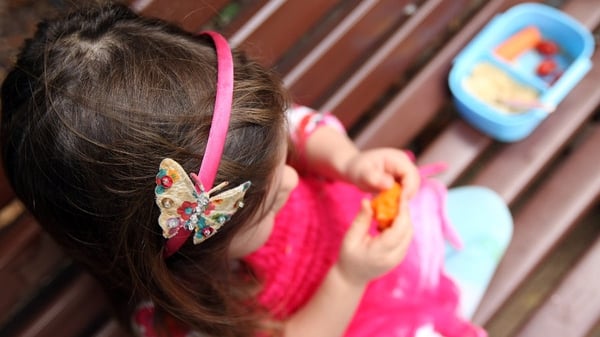