Britain's Foreign Office warned of migrants trying to get into vehicles queuing to enter the tunnel. 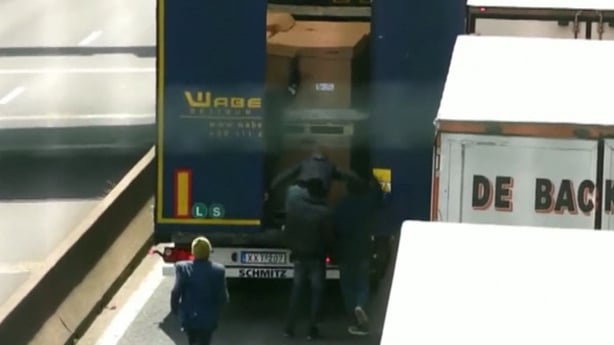 Others were held back by riot police.

Around 400 workers blockaded the port of Calais to protest restructuring at its MyFerryLink division, the Syndicat Maritime Nord trade union said. 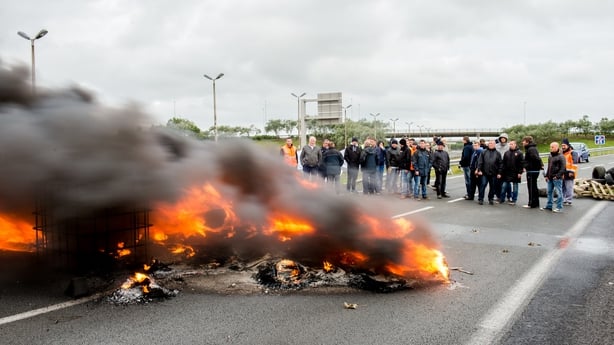 Shipping was halted early in the day and both Eurotunnel and Eurostar later suspended their services because of the disruption.

Britain issued travel advice that said migrants were using the disruption to try to board queuing vehicles.

The Foreign Office said: "There are large numbers of illegal migrants in and around Calais who may seek to enter the UK illegally.

"Although local police patrols have been reinforced, you should keep vehicle doors locked in slow-moving traffic and secure your vehicle when it is left unattended." 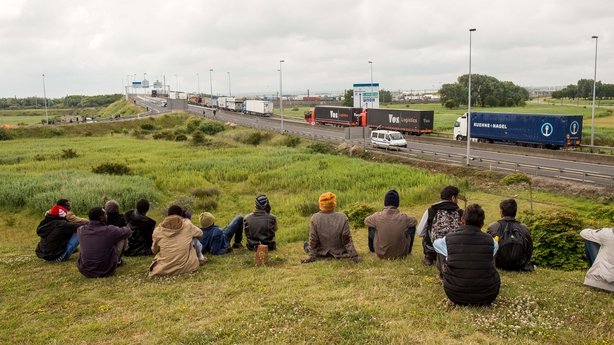 The incident is the latest flare-up involving migrants who have amassed around Calais port, hoping to get into Britain.

That is part of a wider migration crisis facing Europe, the target of tens of thousands of would-be refugees fleeing conflict in the Middle East and Africa or of others trying to escape poverty in their home countries.

The issue is due to be discussed at a summit of European leaders in Brussels from Thursday.

"Traffic in the tunnel is suspended because of burning tyres, which are the result of port workers," a Eurotunnel spokeswoman said of an incident at the terminal entrance.

The union opposes plans by Eurotunnel to sell two of MyFerryLink's three passenger vessels to Denmark's DFDS and convert the third to freight, cutting jobs.

The day of action was due to end this evening but Eurostar said it had been informed by Eurotunnel that the tunnel would remain closed all day.

"We expect normal service to be resumed tomorrow," it said in a statement.

Earlier, French strike police were deployed to remove protesters blocking motorway access to the tunnel, which had created a 10km tailback.

There were also massive tailbacks on the English side. 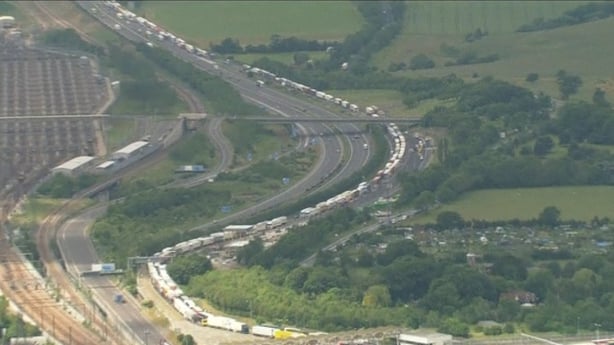 A spokeswoman for Eurotunnel said it understood the concerns of the port workers.

"We hope that there will be suitable job proposals tomorrow," she said of a meeting planned for tomorrow.