Sentinel-2A was hoisted by a lightweight Vega rocket from ESA's base in Kourou, French Guiana, at 02:51 this morning.

The 1.1-tonne polar-orbiting satellite is designed to loop the world every 100 minutes, providing high-definition optical imaging of vegetation, soil and freshwater to a resolution of 10 metres, helping monitoring of forest cover, water stress and crop health.

It will also provide information for emergency services. 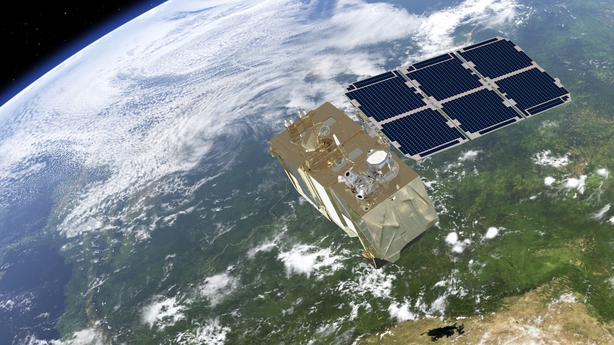 It and a partner are the second of six scheduled pairs of Earth-monitoring satellites under the Copernicus programme, an initiative headed by the European Commission in conjunction with ESA.

Sentinel-1A, designed to scan the Earth's surface with cloud-penetrating radar, was launched in April 2014.

Copernicus succeeds Envisat, one of the most successful environmental satellites in space history, whose mission ended in 2012.

The programme was initially called Global Monitoring for Environment and Security (GMES), but was renamed in 2013 to honour the 16th-century Polish astronomer Nicolaus Copernicus, who determined the Earth orbited the Sun, and not the other way around, as convention had it at the time.