The case of a woman who reported her mother's death to the Department of Social Protection and was informed that due to an overpayment she owed €105,000 is included in the Ombudsman’s annual report for 2014.

Following the intervention of Ombudsman Peter Tyndall, the department withdrew the bill.

The case was one of 3,500 complaints the Ombudsman received last year. The office also dealt with 15,000 enquiries.

Mr Tyndall has said he continues to be concerned by the relatively low level of complaints he receives regarding hospital care.

He was speaking at the launch of his annual report, which shows that complaints to the Ombudsman's office were up 11% compared to 2013.

The largest number of complaints were made against the Department of Social Protection and the HSE.

Mr Tyndall said the number of complaints his office receives regarding social protections were broadly what would be expected but the numbers on healthcare issues fell short of expected parameters.

He told RTÉ News: "We do get much lower numbers of complaints on healthcare issues, particularly hospital care, which continues to concern us.

"It's up considerably on the previous year but it's still a long way short of what we see in other jurisdictions. So if people are concerned about the care they're receiving in hospitals or in public nursing homes for example they can come to us."

A recent investigation by the Ombudsman found that people made fewer complaints about healthcare in Ireland due to a fear of repercussions when it came to treatment and because they believed nothing would be achieved by complaining.

Mr Tyndall said he hoped the jurisdiction of his office would soon be extended to deal with those in Direct Provision and people using the Fair Deal scheme for nursing home care.

Currently the Ombudsman has no jurisdiction over private nursing homes. 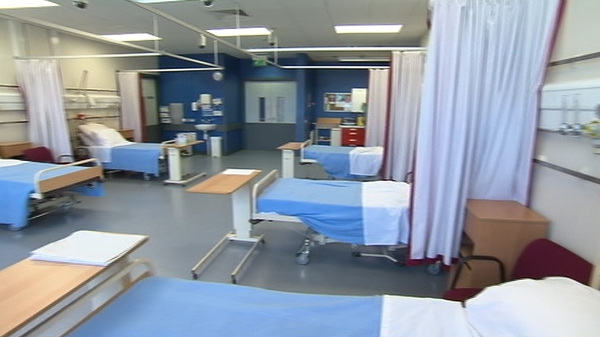