Saudi Arabia says it shot down a Scud missile fired into the kingdom by Yemen's dominant Houthi group and its army allies, according to the Saudi state news agency, in a major escalation of two months of war.

In the first use of a Scud in the conflict, the missile was fired early this morning at the city of Khameesal-Mushait in the kingdom's southwest.

It was intercepted by two Patriot missiles, a statement by the Saudi-led Arab military coalition said.

The area is home to the largest air force base in southern Saudi Arabia, the world's top oil exporter, but there are no oil facilities in the vicinity.

The coalition has said a main goal of its war effort is to neutralise the threat that rockets in Yemen pose to Saudi Arabia and its neighbours.

The Sunni Muslim coalition states also fear the Houthis, hailing from a Shia sect in Yemen's far north, will act as a proxy for the influence of their arch-rival, Shia Iran, in the Arabian Peninsula.

Iran and the Houthis deny any military or economic links, and the Houthis say their seizure of the capital Sanaa in September and their advance southward is part of a revolution against a corrupt government. 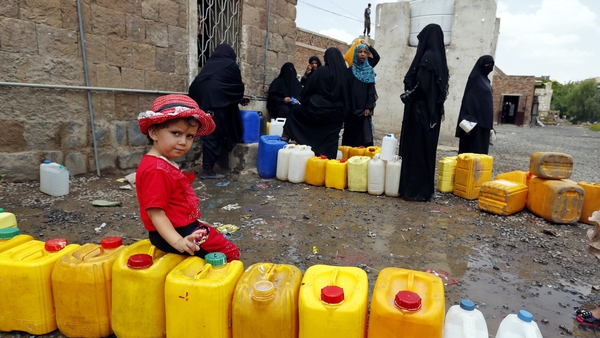