A spokesman said that they would accept the ceasefire that is due to begin on Tuesday.

He said that rebels would retaliate though if Saudi Arabia broke the ceasefire.

Saudi artillery pounded positions inside Yemen after renewed rocket fire injured four women, in the lead-up to a proposed ceasefire with rebels.

A coalition spokesman said Saudi-led forces will continue retaliating against targets over the border until the 11pm Tuesday ceasefire.

Saudi Arabia announced the ceasefire date, after more than six weeks of bombing Iran-backed rebels in Yemen, but said the rebels will also have to abide by it.

At the same time, the coalition conducted a record number of sorties, more than 130 from Friday to Saturday, after declaring the rebels had crossed a "red line" by their deadly bombardments of Saudi Arabia last week.

Supported by the United States, a Saudi-led coalition began air strikes against the Houthis and forces loyal to ex-president Ali Abdullah Saleh on 26 March with the aim of restoring the government of President Abd-Rabbu Mansour Hadi.

The coalition targeted ex-president Saleh's residence in the capital Sanaa at dawn this morning with three airstrikes, but Yemeni news agency Khabar said he and his family were unhurt.

International concern about the humanitarian situation has grown as the strikes have killed more than 1,300 people, sent locals fleeing from their homes and destroyed infrastructure -leading to shortages of food, medicine and fuel. 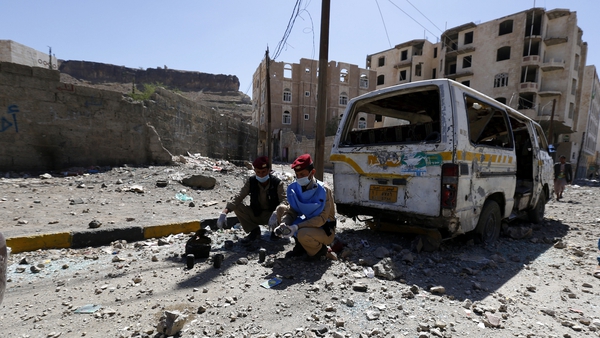