Greek Prime Minister Alexis Tsipras has told his parliament he would not accept an agreement with lenders that did not include the promise of debt relief that has been his government's long-standing demand.

Greece'e eurozone and IMF creditors have been resisting efforts to include debt relief in negotiations to unlock aid.

Mr Tsipras also reiterated he would not accept a new bailout when the current one expires at the end of June.

Mr Tsipras earlier told the chamber that he could not accept an "absurd" cash for reforms proposal tabled by the euro one and the International Monetary Fund, but he still expressed confidence a deal could be found.

"This government and this parliament is not going to vote a new bailout," Mr Tsipras said.

He added that with Greece was now facing a level of "liquidity asphyxiation we have never had before."

Earlier today, Greek Economy Minister George Stathakis said the country cannot accept the latest proposals for a cash-for-reforms deal put on the table by its international lenders but was prepared to negotiate a compromise.

Greece delayed a key debt payment to the International Monetary Fund due today as Mr Tsipras demanded changes to tough terms from international creditors for aid to stave off default.

Mr Stathakis said Greece had the money to pay, but had accepted an offer from the IMF to bundle four payments due in June into a single €1.6 billion lump sum due at the end of the month.

"We are looking forward to getting a deal as soon as possible," he told BBC Radio, but said that while Greece was ready to discuss compromises, it would not accept proposed fiscal adjustments for 2015 and 2016.

"It was actually included in their proposal without being on the negotiation table during the last month ... the Greek government cannot accept these new proposals," he said.

Asked if Greece was prepared to leave the eurozone, Mr Stathakis said his Syriza party, elected in January on a promise to end austerity, had not been given a mandate to do that by the Greek people.

"Our government has a mandate to remain in the euro and get a better deal to ... try to change the terms of the agreement that we have with European partners," he said. "Greece has to remain within the euro."

Earlier, the country’s deputy Social Security Minister said the government may resort to early elections if its international lenders do not soften their terms for a cash-for-reforms deal.

Dimitris Stratoulis said: "The lenders want to impose hard measures. If they do not back down from this package of blackmail, the government ...will have to seek alternative solutions, elections," he told Antenna TV.

Mr Stratoulis is close to the far-left faction of the ruling Syriza party. It was not clear if his statement represented a wider view within the movement. 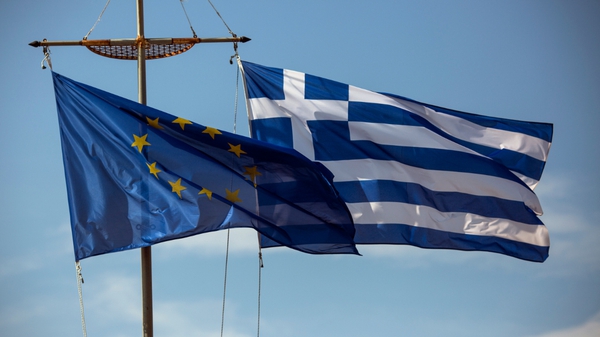 Greece to bundle four June IMF payments into one