Greece is to bundle its four debt payments to the International Monetary Fund due this month into a single payment now due on 30 June, the IMF has confirmed.

"The Greek authorities have informed the Fund today that they plan to bundle the country's four June payments into one,which is now due on 30 June," the global lender's chief spokesman, Gerry Rice, said in a statement.

The IMF said that under a decision taken in the late-1970s,its member nations can ask to bundle multiple principal payments into one payment to address the administrative difficulty of making multiple payments in a short period

Greek Prime Minister Alexis Tsipras has said agreement on his country's debt crisis is in sight following the late-night talks in Brussels.

He said Greece would make a payment due to the IMF tomorrow, but the government still rejects benefit cuts and tax rises its creditors want before fresh loans are released to avert a bankruptcy.

Commission President Jean-Claude Juncker hosted Mr Tsipras for a late dinner at the EU executive's headquarters along with the chair of eurozone finance ministers, Jeroen Dijsselbloem.

Creditors have signalled a will to compromise, notably by lowering how much surplus they want a new budget to generate to service Greece's debts.

But as Mr Tsipras's party battles to retain support from voters who elected it in January to end years of austerity, its spokesman in parliament renewed tough rhetoric at home.

Mr Tsipras is to brief his parliament tomorrow on the state of the negotiations, according to a government source.

Nikos Filis told a Greek broadcaster the government would not sign any "ultimatum" and would rather hold a new election if forced into a corner.

Mr Tsipras is balancing a hardline faction in his party that is keen to spend Greece back towards economic growth with impatient lenders in the rest of the eurozone and the wish of a large majority of Greeks not to be forced to give up the EU currency.

Hours after Mr Filis warned that Greece might not repay the €300m in International Monetary Fund loans that fall due tomorrow if a deal was not at hand, Mr Tsipras gave assurances in Brussels that Greece would continue to honour its commitments.

"Don't worry about it," he told reporters. "We have already paid €7.5bn, so we will continue."

Of the negotiations, he reprised the positive tone he has taken since he secured a four-month extension of a bailout package in February: "I believe an agreement is in sight," he said.

"But we need to conclude the discussions with a realistic point of view," he added, making clear his reservations.

Referring to what negotiators say have been reductions in the targets creditors are setting for Greece's primary budget surplus - what it has left from other expenses to fund its debts - Mr Tsipras said: "We are very close to an agreement on the primary surplus. That means all sides agree to go further without tough austerity measures of the past."

But he also again ruled out scrapping a particular benefit for low-income pensioners or a value-added tax change that he said would raise the tax on electricity by ten percentage points.

This week has seen the creditors sketch out a possible compromise and the government draft its own proposals. "At the end of the day," Mr Tsipras said, "I think the proposals on the table will be the proposals of the Greek government."

Mr Juncker has been active in trying to broker a deal and has ruled out Greece exiting the euro, an outcome many EU officials fear would undermine the long-term stability of the project.

Mr Juncker's office issued only this short statement: "It was a good, constructive meeting. Progress was made in understanding each other's positions on the basis of various proposals. It was agreed that they will meet again. Intense work will continue." 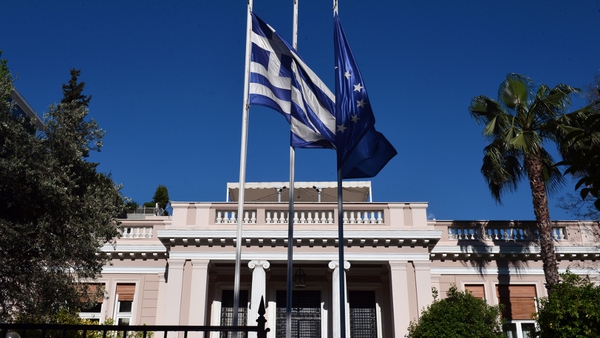