The poets Montague, Frost, Ní Chuilleanáin, and Harding have all come up on this year's Leaving Cert higher level English paper.

Eiléan Ní Chuilleanáin also appeared on the ordinary level paper, as did the poets Wall, Lockhead and Montague.

This afternoon's higher level English Paper 2 has been described as a "fair paper" by teacher Collette Coonan of East Glendalough School.

The first question on the play Othello was described as "a lovely character question". The second question was deemed more challenging.

Ms Coonan said the students would have had plenty of opportunities to show what they know in the comparative study section.

The questions in poetry were very much in tune with what candidates would have been preparing for, she said. 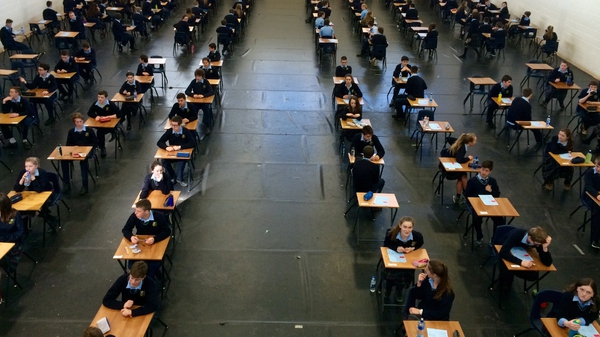