The main celebrant at the funeral mass for Bill O'Herlihy has described the former RTÉ broadcaster as a "humble family man" who was "a great light" and "a source of joy".

In his homily, Fr Tom O'Keeffe also referred to Mr O'Herlihy's other "very dysfunctional family on TV, the three amigos" - two of whom, Eamon Dunphy and John Giles, read prayers of the faithful during the mass.

The service was held at the Church of Our Lady of Perpetual Succour in Foxrock followed by burial at Shanganagh Cemetery. 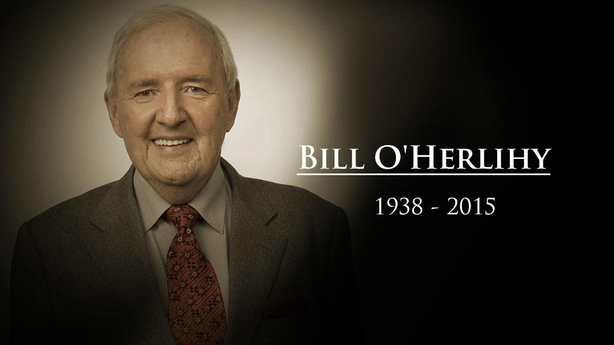 The chief mourners were his wife Hillary, daughters Sally and Jill and his five grandchildren.

President Michael D Higgins was among the mourners, while Taoiseach Enda Kenny was represented by his Aide de Camp. 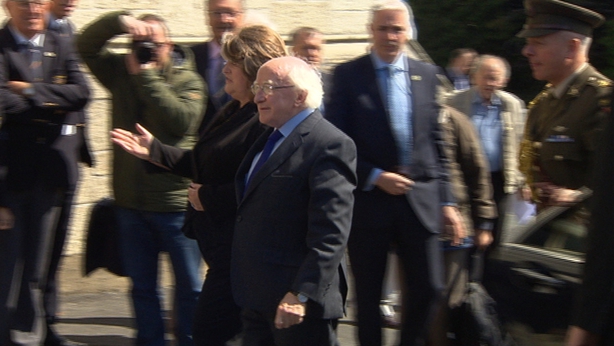 The Corkman retired from RTÉ last year, at the end of the 2014 World Cup, after a 49-year broadcasting career. 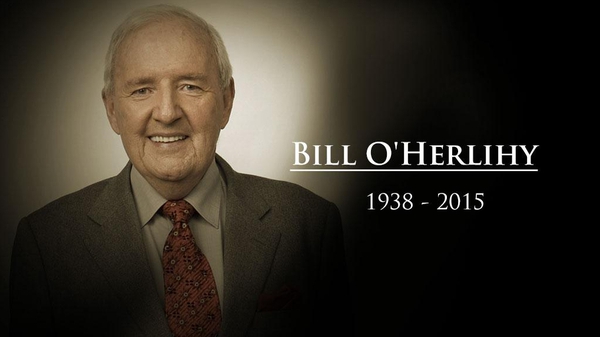