David Cameron has warned the EU must be "flexible and imaginative enough" to respond to demands for reform, as he visited Paris as part of a two-day diplomatic tour.

Mr Cameron is attempting to negotiate with other EU leaders so that they will back his reform drive, something he has promised to complete before giving Britons an EU membership in-out referendum by the end of 2017.

Addressing the media alongside French President Francois Hollande, the Prime Minister said the status quo was "not good enough".

But he expressed confidence that solutions could be found to make Europe more competitive and "address the concerns of the British people" ahead of an in-out referendum on membership.

After Mr Hollande stressed France wanted the UK to remain in the EU and signalled that he was ready to look at "suitable" proposals for change, Mr Cameron said: "My priority is to reform the European Union to make it more competitive, and to address the concerns of the British people about our membership.

"The status quo is not good enough. I believe there are changes we can make that will not just benefit Britain, but the rest of Europe too.

"Of course the priority for Francois is to strengthen the eurozone to ensure a successful single currency, and Britain supports that.

"We want to help the eurozone work better and we do not want to stand in the way of closer integration. So we have different priorities but we share one objective, which is to find solutions to these problems.

"What matters is that the EU and its 28 members are flexible and imaginative enough to respond to these issues and to work together to find answers that will make the EU more successful.

"That is the challenge of our times and I believe strongly that we can meet it."

Mr Hammond warned the UK needed a meaty deal to persuade voters to stay in the bloc.

Speaking to BBC radio, Mr Hammond said "if our partners do not agree with us, do not work with us to deliver that (reform) package, then we rule nothing out."

"The advice we're getting is that we will need treaty change," he said, explaining it was necessary to render changes Mr Cameron wants irreversible and safe from legal challenge. 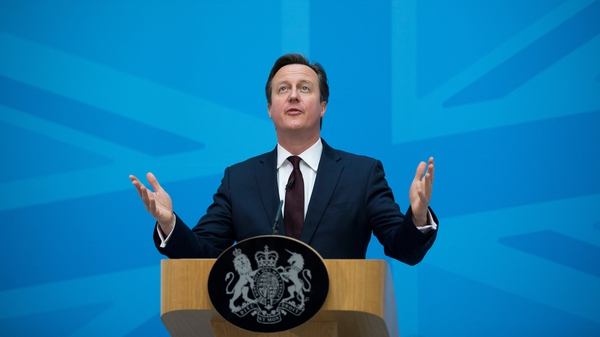 UK referendum on EU membership will be held in 2017