Seven powerful soccer figures were arrested today on US corruption charges and face extradition from Switzerland, where authorities also announced a criminal investigation into the awarding of the next two World Cups.

The arrests of the senior FIFA officials in a morning raid at a five-star Zurich hotel mark an unprecedented blow against soccer's powerful governing body.

It has been dogged for years by allegations of corruption but always escaped major criminal cases.

US prosecutors said they aimed to make more arrests but would not be drawn on whether FIFA President Sepp Blatter, for long the most powerful man in the sport, was a target of the probe.

Mr Blatter, 79, is standing for re-election to a fifth term at the FIFA Congress in Zurich on Friday, and FIFA said the vote would go ahead as planned.

UEFA has called for it to be postponed.

Mr Blatter this evening said: "This is a difficult time for football, the fans and for FIFA as an organisation. We understand the disappointment that many have expressed and I know that the events of today will impact the way in which many people view us.

"Let me be clear: such misconduct has no place in football and we will ensure that those who engage in it are put out of the game."

US authorities said a total of nine soccer officials and five sports media and promotions executives were charged with corruption involving more than $150 million in bribes over a period of 24 years.

They said their investigation exposed complex money laundering schemes, millions of dollars in untaxed incomes and tens of millions in offshore accounts held by FIFA officials.

Swiss police arrested the seven FIFA officials and detained them pending extradition proceedings to the United States, which could take years if they contest the process.

"As charged in the indictment, the defendants fostered a culture of corruption and greed that created an uneven playing field for the biggest sport in the world," said FBI Director James Comey.

"Undisclosed and illegal payments, kickbacks, and bribes became a way of doing business at FIFA."

Separate from the US investigation, Swiss prosecutors said they had opened their own criminal proceedings against unidentified people on suspicion of mismanagement and money laundering related to the awarding of rights to host the 2018 World Cup in Russia and the 2022 event in Qatar.

US Attorney General Loretta Lynch told reporters at a news conference in New York her office did not want to impede the 2018 and 2022 World Cups but looked forward to working with Swiss authorities investigating the award of the tournaments. 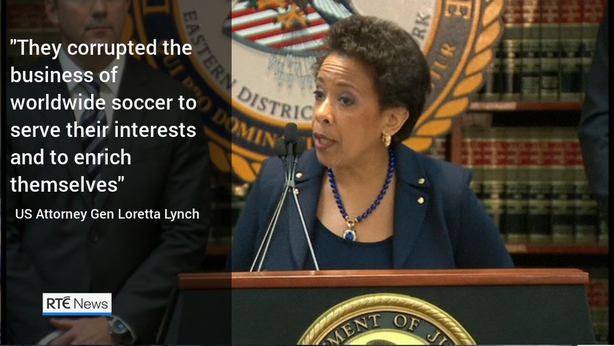 "FIFA has a lot of soul searching to do," she said.

One of those indicted, former FIFA Vice President Jack Warner of Trinidad, solicited $10 million in bribes from the South African government to host the 2010 World Cup, the Justice Department said.

Mr Warner directed a number of co-conspirators to arrange the payment, which was eventually sent from a FIFA account in Switzerland to a Bank of America account in New York that Warner controlled, the indictment said.

Mr Warner, former FIFA vice president and executive committee member of CONCACAF (Confederation of North, Central America, Caribbean Association Football), said in a statement that he was innocent of any charges.

The United States took jurisdiction of the case in part because the Internal Revenue Service and the FBI secured the cooperation of US citizen Chuck Blazer, a former top FIFA official, who US officials said had not paid taxes for years.

Another person charged is Jeffrey Webb, head of CONCACAF, based in Miami.

Early this morning, FBI agents carrying bags and boxes to execute a search warrant went into the group's office in Miami Beach.

A CONCACAF spokesman was not immediately available for comment.

Kelly Currie, the acting US attorney in Brooklyn, said the charges brought in the New York City borough represent "the beginning of our effort, not the end".

In addition to Blazer, 70, others who pleaded guilty were Jos Hawilla, 71, owner of the Traffic Group, a sports marketing firm founded in Brazil, and two of his companies; Daryan Warner, 46, and Daryll Warner, 40, sons of Jack Warner.

"It is clear that the case is based in large part on some cooperating insiders who have already pled guilty," said Miami lawyer David Weinstein, former prosecutor.

The FIFA officials appeared to have walked into a trap set by US and Swiss authorities.

The arrests were made at dawn at a plush Zurich hotel, the Baur au Lac, where FIFA officials are staying before the vote.

FIFA called the arrests a "difficult moment" but said Mr Blatter would seek another term as FIFA head as planned and the upcoming World Cups would go ahead as intended.

The arrests could have implications for sponsorship.

Anheuser-Busch InBev ABI.BR, whose Budweiser brand is a sponsor of the 2018 World Cup, said that it is closely monitoring developments at FIFA.

Data and documents were seized from computers at FIFA's Zurich headquarters, the Swiss prosecutors said.

Officials said that following the arrests, accounts at several banks in Switzerland had been blocked.

The DoJ said the defendants included US and South American sports marketing executives said to have paid and agreed to pay "well over $150 million in bribes and kickbacks to obtain lucrative media and marketing rights to international soccer tournaments".

Ms Lynch said in a statement that the charges span "at least two generations of soccer officials who, as alleged, have abused their positions of trust to acquire millions of dollars in bribes and kickbacks".

FIFA, the international governing body of football, collects billions of dollars in revenue, mostly from sponsorship and television rights for World Cups. 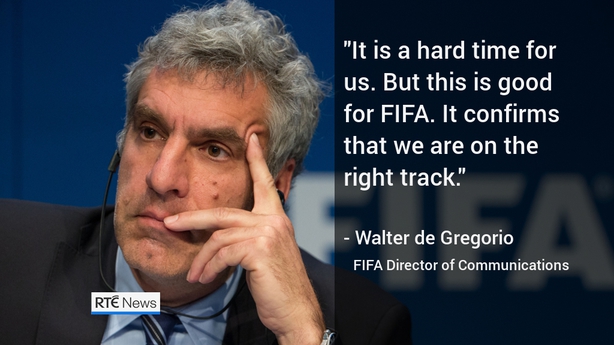 It has been dogged by reports of corruption which it says it investigates itself.

FIFA's decision to award the World Cup to Qatar, a tiny desert country with no domestic tradition of soccer, was heavily criticised by soccer officials in Western countries.

FIFA was forced to acknowledge that it is too hot to play soccer there in the summer when the tournament is traditionally held, forcing schedules around the globe to be rewritten to move the event.

A Russian official said his country would still host the 2018 World Cup.

The Russian Foreign Ministry said that the arrests were "another case of the illegal extraterritorial application of US laws".

Three years ago FIFA hired a former US prosecutor to examine allegations of bribery over the awarding of the World Cups to Qatar and Russia.

However, last year it refused to publish his report, releasing only a summary in which it said there were no major irregularities.

The investigator quit, saying his report had been mischaracterised. 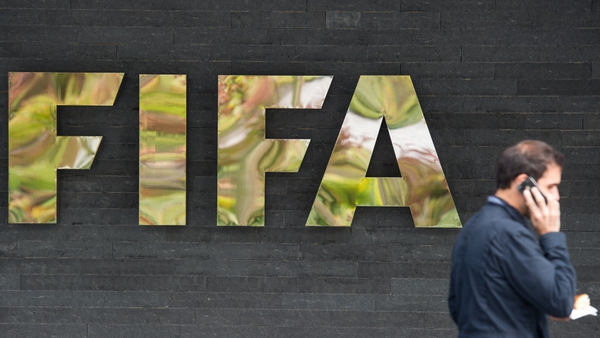