The FIFA taskforce looking into dates for the Qatar World Cup has recommended a shorter tournament to be staged in November and December 2022, the head of the Asian Football Confederation told reporters this morning.

Sheikh Salman bin Ebrahim Al-Khalifa said all options would be reviewed at the FIFA meeting next month.

The recommendation is expected to be ratified then by the executive committee of world soccer's governing body.

"Some people have concerns, but whatever decision you're going to take will have some questions about it," Sheikh Salman said after a meeting of the taskforce.

"But... we need to look at the overall benefit of everybody."

If ratified in Zurich in March, the recommendations will set FIFA on a collision course with major European soccer leagues who prefer an April-May option to minimise disruption to their lucrative domestic programmes. 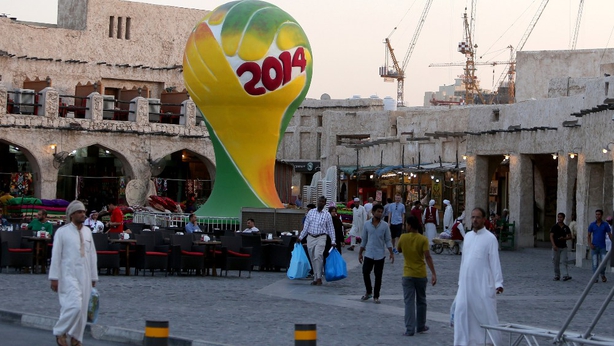 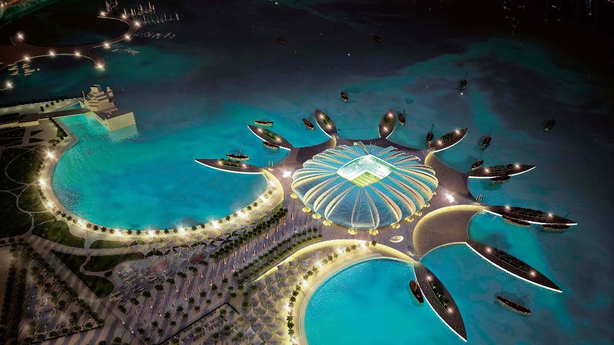 FIFA Vice President Jim Boyce has said that he always felt it was impossible to have a world cup played in Qatar in the heat of the Summer.

He told the RTÉ's News At One that it would have been problematic for both players and spectators.

He said that he doesn't believe a World Cup final can be played on the 23 December, adding that thousands of people can't be expected to get home in time for Christmas.

He said that the dates will be disruptive for European Leagues, but that he doesn't believe it can be avoided.

Jim Boyce said that it's every players ambition to play in a World Cup and that FIFA give massive compensation to release players.

He said: "I would hope in the interest of football that people can sit down, can work it out together for the good of football.

"To me, it's one year's disruption in a programme. It's in Qatar, we are where we are, it's eight years away and if somebody can't tell me that planning can't be organised for one year, well I am sorry, I believe it can."

The European giants will have seven years to get used to the idea that they must re-schedule five or six matches in the winter of 2022, for the first time in almost 100 years of World Cup soccer.

For once, they may have to put football's wider interests ahead of their own, as Sheikh Salman bin Ebrahim Al-Khalifa implied.

"Some people have concerns, but whatever decision you're going to take will have some questions about it," he said on the sidelines of a meeting which settled on the proposals.

"But we need to look at the overall benefit for everybody."

There had been effectively four options facing the Task Force which held its third and final meeting in Doha today.

Had they recommended a January and February tournament, the World Cup would clash with, among other things, the Winter Olympics, the NFL Superbowl and the Australian Open tennis championships.

Had they gone for an April/May option, the dates would clash with Islam's observance of Ramadan and the climax of the European domestic and continental seasons.

The months of June and July were ruled out because of the summer temperatures in the Gulf when the mercury regularly rises to 40C (104F), impractical for players and fans alike, even in Qatar's promised, eco-friendly and solar-powered air-conditioned stadiums.

A winter World Cup later in the year would disrupt around 50 major leagues around the world for a few weeks, as well as holding up the Champions and Europa Leagues.

But the temperatures would be a more comfortable, 23-30C in the Middle East, and the only people seriously affected would be the top clubs in Europe, although the concept of a winter break is not entirely alien to them.

Germany's Bundesliga always has a break in January as do many other leagues in  eastern Europe, and if, for the first time since the World Cup started in 1930, clubs in England and elsewhere have to accommodate the change, they have seven years to prepare for it.

Of course, the qualifying competition, which traditionally ends six months before the finals, would probably have to be tweaked, finishing with the playoffs in April or May 2022 rather than the usual November finish the year before the finals.

The Task Force is also considering staging the Confederations Cup in June or July 2021 outside Qatar while the FIFA Club World Cup could be held in Qatar in November and December 2021 as the World Cup test event.

"The proposed event dates have the full support of all six Confederations" - including UEFA, whose president Michel Platini has continually backed a winter World Cup," FIFA said in a statement after the meeting.

Although the major clubs in Europe will be unhappy with the disruption to their usual schedule, the World Cup is, by its very nature, a global event, and not only a European one.

Naturally, given the soap opera that modern football has become, European clubs will not readily agree to this and the fall-out is likely to rumble on for years.

The next stage in the long-running saga will come when FIFA's executive committee meets in Zurich on 19 and 20 March to endorse the Task Force proposals. That will settle the issue once and for all.

Harold Mayne-Nicholls, the former head of the technical committee which analysed all the countries bidding to stage the 2022 finals, gave Qatar the lowest marks because of the summer heat but told Reuters in a recent interview that following further analysis he too now favoured a November/December tournament.

One compromise the Task Force has recommended is that the tournament should be curtailed for a few days to try to minimise disruption further.

So there will not be a Christmas World Cup. But at least the winning country will have something of a unique gift to enjoy  that month.