Speaking on RTÉ's Six-One News Dr Martin conceded that Judge Kevin Cross, the Chairman of the Referendum Commission, was correct in saying that the outcome of Friday's vote does not change anything about surrogacy.

The Archbishop said this is because the Republic has not legislated on surrogacy.

"But what will change is the framework in which (future) surrogacy legislation will be looked at (by the courts) after this referendum will be a different framework," he said. "So in this sense it is somewhat relevant."

Earlier, Dr Martin had said Taoiseach Enda Kenny cannot promise that nothing is changing in this respect. He said we have already ended up here with unexpected results from court cases on Constitutional amendments.

Turning to what he conceded was the "very harsh" treatment of homosexual people by the Catholic Church and wider society here, he conceded the Church teaches that "the homosexual inclination is intrinsically disordered".

But he said last October's Extraordinary Synod of Bishops on the Family in the Vatican had witnessed a lot of discussion on the place of gay and lesbian people in the Church.

He added that there had been "a clear openness to frame Church teaching in a different way" but it had also been very clearly an unambiguously stated (by the Synod) that marriage between two people of the same sex is not the same as marriage between a man and a woman.

The Taoiseach, who was also speaking on RTÉ's Six One, said civil partnership is legally binding but not constitutionally protected and that civil marriage would guarantee constitutional protection.

He said that by voting Yes, the interest of the child would not be changed in any respect.

Mr Kenny said surrogacy does not have anything to do with the question on Friday and the referendum commission has echoed this.

Mr Kenny denied that the laws surrounding surrogacy should have been decided prior to holding the marriage referendum.

He said that, as a Catholic, he has no question about extending marriage rights to gay couples and said the electorate has nothing to fear by voting Yes.

Taoiseach Enda Kenny says that the same-sex marriage referendum is about equality https://t.co/VgLwT4qA4g

Earlier the No campaign criticised Mr Kenny for refusing to debate the issues arising from the referendum with it during the campaign.

Meanwhile, Mr Kenny praised the role played by gay individuals and their families in promoting a Yes vote.

He said such an outcome would not affect the right of denominational schools to teach their own doctrines about marriage.

However, he said it would oblige church-run schools to teach in their civics classes that civil marriage is permitted between people regardless of sex.

He cautioned that the Yes campaign still has more work to do to get the vote out on Friday.

Another contributor to the No campaign's final news conference, independent TD Mattie McGrath accused the Taoiseach of refusing to debate the issues arising from the referendum with it.

David Quinn of the Iona Institute said "virtually all of official Ireland has been kitted out on the Yes side" and not for the first time in a referendum campaign. 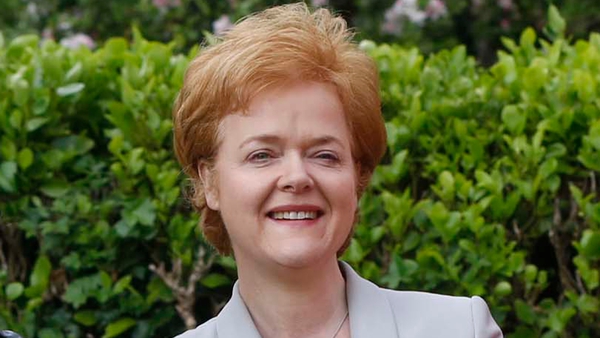 Halligan calls for Yes vote after revealing she is gay News