Journalist Ursula Halligan has spoken of her decision to reveal she is gay and said she hopes her story will help anyone struggling to come to terms with their sexuality.

In an article in The Irish Times, the TV3 Political Editor published an extract from her diary, written when she was 17, in which she describes her reaction to falling in love with a girl.

"There have been times when I have even thought about death, of escaping from this world, of sleeping untouched by no-one forever."

Speaking to Anton Savage on Today FM, Ms Halligan said her reaction at the time was one of horror because in 1970s Ireland being gay was not talked about and when it was it was as jeering and jokes.

She said she had "these lovely feelings, but I knew I couldn't express them or give a hint, so I repressed it and I thought to myself I don’t want to be gay, I want to be normal".

She spoke of the pressure to conform at 17 and said she felt like the "only freak in the world" and of being "very lost and desolate and alone".

Ms Halligan said she felt the only way she could survive was to lock that side of her away, "I wanted to be normal".

She said before the referendum she believed she was resigned to "going to my grave with this secret" and of how there must be others who have done that and "lived incomplete lives".

She said she had no notion of going public, but being surrounded by the debate over the same-sex marriage referendum "forced her to confront the issue head-on".

She had planned to go public two weeks ago, but put it on hold following the sudden death of her brother Aidan.

Ms Halligan said that following his death she was back at work and "I looked again at what I had written and wondered was it too late".

She said another brother sent her a text which included a favourite quote from Aidan, Martin Luther King’s "Our lives begin to end the day we become silent about the things that matter", and had such a "visceral reaction" to it that she could not remain silent.

She said if it helps even one 17-year-old girl or boy to cope with any anxiety they are feeling about their sexuality, "then I had to tell the truth".

Ms Halligan said her family have been wonderful and that her mother has been "four-square" behind, but said every person and situation is different.

She said there are young people going through hell and urged parents to talk to their children.

"We are facts of nature, we are not freaks of nature", she said.

She also said her reasons for stepping aside from coverage of the referendum was to protect TV3’s impartiality and said the station had been wonderful in its support.

In a statement, TV3 said it agreed with her decision.

"Ursula wishes to publicly endorse a Yes vote in the referendum which could breach the referendum guideline as it 'may have the potential to undermine the perceived impartiality of [TV3's] coverage'.

"TV3 offered Ursula Halligan the opportunity to continue to cover the referendum by not endorsing either side.

"TV3 respects Ursula's personal wishes regarding this issue and her desire to publicly state her views. Ursula will continue to cover all other political issues for TV3."

Ms Halligan said she is calling for a Yes vote in the referendum because gay people are equal and her love is as deep and sincere as the love of a heterosexual person. 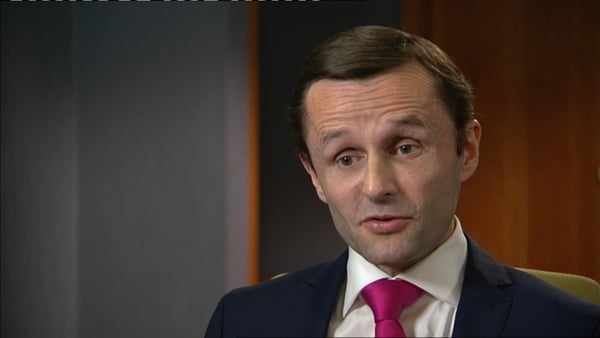