Health Service Executive Director General Tony O'Brien has said that collectively, the executive would be "ashamed" of what occurred at the Midland Regional Hospital, Portlaoise.

Speaking on RTÉ's Today with Sean O' Rourke, he said the greater proportion of events that occurred were before he was appointed director general.

But he said the overall picture of events was "not a pretty one".

He was responding to calls today by Fine Gael's Regina Doherty for an independent inquiry into HSE failings and for senior HSE staff to reflect on their record in the controversy.

Mr O'Brien said it was unfair to suggest that the HSE had not wanted the truth to come out.

He said there will now be disciplinary investigations into the absence of compassion and a failure to escalate concerns to higher levels at Portlaoise.

Mr O'Brien said it would be wrong to blame senior managers who looked for more resources but could not get the funding.

The independent investigation is expected to take around three months.

Mr O'Brien said the names of the investigators and the terms of reference should be announced shortly and the team would have free rein to look in any direction and all lines of inquiry.

The investigators will not be people who have worked in the Irish health system.

Mr O’Brien said there is an obligation on the HSE to be much more robust than perhaps it has been in the past.

He said patient safety must now trump policy decisions and an absence of resources in a way that it has not done in the past.

He said it was "shocking" to hear Roisin Molloy, whose baby boy died in the Portlaoise hospital in 2012, say she felt she was "hated" by those she spoke to about her experience there.

Yesterday, the parents of babies who died at the hospital called on Minister for Health Leo Varadkar to establish an investigation into all levels of HSE management.

Amy Delahunt, whose baby daughter Mary Kate died a day after being told there were no concerns for her pregnancy, said HSE management was "clearly incapable" and could not be trusted to implement the latest Health Information and Quality Authority report into the hospital.

The report, which was published earlier this month, criticised not only the maternity services at the hospital, but also said the Intensive Care Unit is not fit for purpose.

HIQA said it could not conclude that services at the hospital are safe. 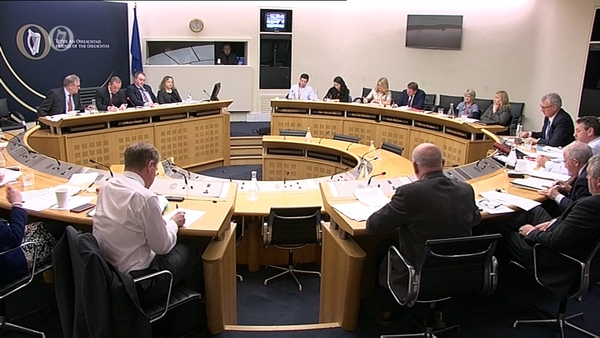