The Health Information and Quality Authority has said that given the significant system-wide recommendations in its Portlaoise investigation, there must be the political commitment to improve quality, safety and governance in the health system.

The authority's chief executive is appearing before the Oireachtas Joint Committee on Health and Children.

Phelim Quinn said that an unpublished Health Service Executive review last year concluded that 24/7 emergency care was not clinically sustainable at the Midland Regional Hospital Portlaoise and also that critical care there should end.

Reviews also found that the hospital was not structured to provide safe, acute and pre-planned surgical care and that the diagnostic service as operated was not sustainable.

Mr Quinn said that the HSE must now deal with the risks and deficiencies identified at Portlaoise and ensure that where similar risks exist in other hospitals, these are dealt with as a matter of urgency.

He told the committee it was imperative the recommendations are fully implemented and that a clear timeline is set out and followed up by named individuals taking responsibility for the implementation of each.

HIQA has recommended that the Minister for Health establish as a priority an oversight committee to ensure this happens.

Mr Quinn said the Portlaoise report was the seventh carried out by HIQA since 2007.

He said that two previous HIQA reports, with particular relevance to Portlaoise, were investigation reports into Ennis in 2009 and Mallow in 2011.

He said that two previous HSE reviews in 2008 into breast cancer misdiagnosis at Portlaoise should have provided a very strong case for "external oversight" and support to the hospital.

As a result, he said that safety issues may potentially remain unidentified and unresolved for lengthy periods of time.

Mr Quinn told the committee there was very minimal change between the draft HIQA report on Portlaoise given to the HSE in February and the final report published last week.

He said that the substantive findings had not changed at all.

HIQA representatives refused to fully confirm if the culture and practice at Portlaoise hospital has changed.

Asked by committee chairperson Jerry Buttimer if the experience of the families whose babies died at the hospital had ended, HIQA's chief executive said "it would be difficult to answer that in the affirmative".

Mr Quinn said "the way some of the families were involved in the process, required clear communication skills on the ground and at the HSE".

However, HIQA's Director of Regulation said what HIQA did know, was that there was evidence of a change in patients' experience as of October last year.

Mary Dunnion said that change was as a result of a change in management structure with a more visible presence in the wards, putting risk management in place and dealing with patients' complaints. 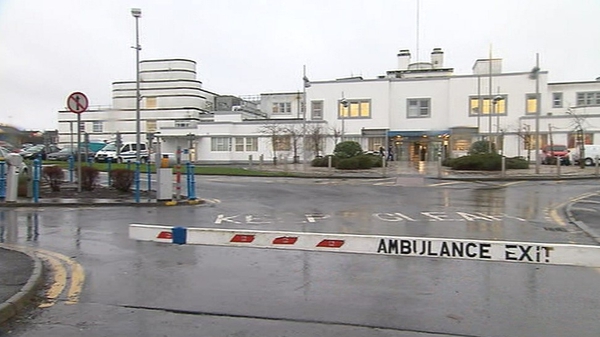