Minister for Health Leo Varadkar has said he is appalled that patients at the Midland Regional Hospital Portlaoise were not treated with respect, care and compassion in the hour of their greatest need.

The minister was speaking in Dáil regarding the Health Information and Quality Authority report into the hospital.

He said many aspects of the report disturbed him and patients and families were treated dreadfully and sometimes inhumanely.

Mr Varadkar said he accepted the HIQA report in full and the four recommendations made to the Department of Health will be implemented.

He said the Health Service Executive has also confirmed that it will implement the recommendations made to it.

Mr Varadkar told the Dáil that improvements have been made at the hospital and appointment have been made to key posts in both maternity and general services and any change to services will be undertaken in a planned and orderly manner.

He said that services that are viable will be safety assured and adequately resourced and those that are not will be discontinued.

The minster is to meet a number of families whose babies died at the hospital.

A spokesperson for the minister has confirmed the meeting will take place in Portlaoise tomorrow following a visit to the hospital and a meeting with hospital management.

Mr Varadkar will hear the views of families following the publication of HIQA's highly critical report last week on the safety, quality and standards of services at the hospital.

The spokesperson added that there are "a wide range of opinions among families as to what they'd like to see happen next" and the meeting will provide an opportunity to hear those opinions.

The HIQA inquiry followed an RTÉ Investigations Unit report last year into the deaths of five babies at the hospital.

Last Friday, Mr Varadkar said some services at Portlaoise hospital which do not have enough patients to support them could cease.

The 208-page HIQA report said it could not conclude that services at the hospital are safe.

In the Dáil, Fianna Fáil leader Micheál Martin raised the HIQA report into Portlaoise, which he said made for appalling reading.

Mr Martin said it was evident that patient safety was not a priority.

He asked how the Minister for Health would ensure accountability for the needless loss of young lives.

Taoiseach Enda Kenny said nobody wanted to make political point scoring on such a sensitive subject.

In respect of the five babies, whom he named, he said this was a tragedy for the families involved.

Mr Kenny said HIQA's eight recommendations were accepted and said that would drive improvements in Portlaoise.

The least the families deserve is that this should never happen again, he said.

The number of birth specific adverse incidents recorded by the maternity units of hospitals in Limerick and Portlaoise rose by 80% last year.

Figures obtained by RTÉ’s Prime Time also show that the number of adverse incidents relating to clinical procedures in those units increased by 245%.

Figures for the hospital group which includes the maternity units in Wexford, Kilkenny and Mullingar also showed significant increases, although from a lower base.

Master of the Rotunda Hospital Dr Sam Coulter-Smith smith that without knowing what is behing them, the figures "on the surface do appear to be high".

The Health Service Executive said the number of incidents reported that resulted in harm is less that 2% of the total number of reported incidents – meaning that up to 30 people were injured as a result of those incidents in the maternity units in Limerick and Portlaoise.

The latest figures, obtained by Prime Time under Freedom of Information, include every adverse incident reported in all the maternity units outside Dublin and are drawn from the State Claims Agency’s National Incident Management System.

The data was broken down by the hospital group in all cases, except for the group that includes the Midland Regional Hospital Portlaoise, which is at the centre of a Health Information and Quality Authority report, following the deaths of five babies.

The data for Portlaoise was mixed in with the data for University Maternity Hospital Limerick, which the HSE said was to protect patient confidentiality. 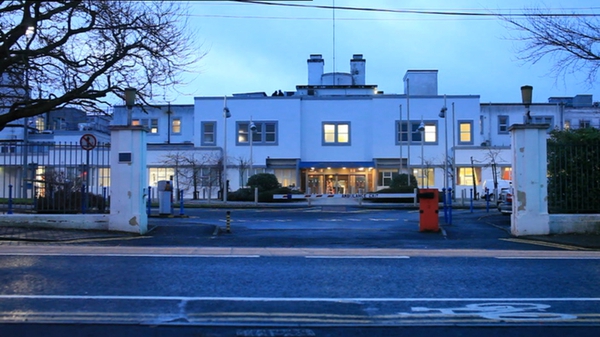 Some services at Portlaoise hospital may cease after report