Around 45 homeowners will be affected by finalised proposals for a new road in Galway.

The N6 Galway City Transport Project aims to deal with congestion in the city and assist the flow of traffic from Connemara through Galway.

The final detail of the so-called "emerging route corridor" to deal with regular gridlock in Galway will be made public on Thursday.

It is understood that it will involve two tunnelled sections, both on the east side of the Corrib, and a new crossing of the river, close to NUI Galway.

The first section of tunnel would run from the eastern approach to the city, close to the end of the existing M6, and emerge near Galway Racecourse.

The route continues westwards, before a second section of tunnel on the approach to the Corrib.

This is needed to alleviate concerns about limestone pavement in the area, which is protected under the EU Habitats Directive.

The road would then cross the river on a new bridge and continue over lands owned by the university.

It would terminate at a point west of the village of Barna.

Landowners in the affected areas will get letters and maps on Thursday morning.

They will be invited to individual consultations with planners over the coming weeks. 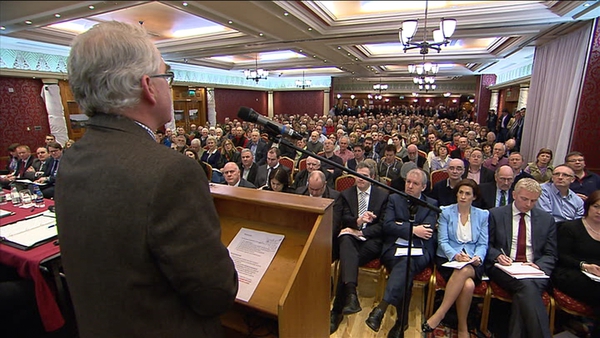