Non-EU students held a protest in Dublin this afternoon against what they say is the exploitation of students and staff working in the international education industry.

Around 150 people marched from Merrion Square to the Headquarters of Immigration services and then to the Dáil.

Three private colleges, catering for around 2,500 students, have closed over the past number of weeks. A fourth is on the brink of closure.

The march was organised by students and teachers affected by the recent spate of closures.

Protesters called on the Government to intervene and put an emergency plan in place.

They want more assistance for students and a more rigorous inspection system for schools.

Meanwhile, the director of studies at IEA on Dublin's Dominick St has appealed to the authorities to help staff keep the school open.

She told RTÉ News that staff would concentrate this week on trying to find alternative colleges for the 300 or so students currently studying there.

There are almost 600 students registered to the college, but around half would be on holidays at any given time.

Referring to other sudden college closures, Celine McGuinness said staff did not want to be "the kind of people who just put a notice on the door" telling students it is closed.

Ms McGuinness said she was trying to help the students but she did not know where to turn.

They include up to 80 students in Brazil, who have each paid fees of up to €2,000 but who have yet to come to Ireland.

Some are due to arrive next week.

Writing on Facebook, Mr Amaral said he would do his best to refund those students.

RTÉ News has spoken to two students in Brazil who are due to arrive in Ireland next Monday and who have paid €1,500 euro each to IEA.

They say they are hopeful that Mr Amaral will refund their money, but they have yet to hear from him.

The students said that Mr Amaral has a good reputation in Brazil.

"He's a great guy," one said, adding "he helped a lot of people in Ireland. Everyone talks very well about him".

Over the past year 14 colleges have closed suddenly.

The Department of Education has confirmed that a package of reforms will be brought to Government for its approval within the next two weeks.

The reforms have been produced jointly by the Departments of Education and of Justice.

In a statement the department said the reforms would drive a restructuring in the sector which would improve the overall quality of offering to international students, and improve protection for learners.

It said they would also diminish what it called negative impacts on the Irish labour market.

The department said Ireland welcomed international students and wanted to provide them with a high quality educational experience.

This is the Government's second attempt to introduce reforms.

Last January new regulations announced by the Government struck down by the High Court.

Two private language colleges had challenged the rules in the court, saying they were unfair to many operating in the sector.

The international student sector is estimated by the Department of Justice to be worth around €800 million annually to the Irish economy. 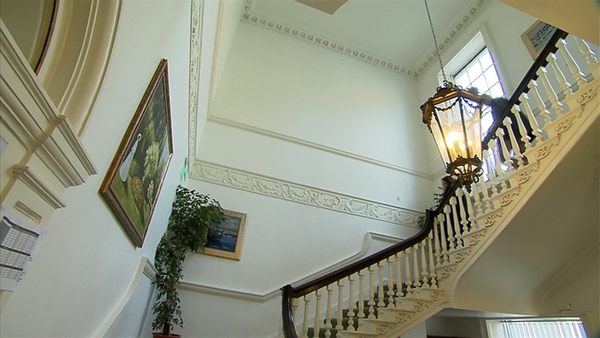