The owner of an International college that is on the brink of closure is said to have left the country.

Teachers at the International Education Academy on Dublin's Dominick Street have said that they have not heard from its owner in over a week.

They have said that they are trying to keep the college open but do not know how much longer they can do so.

The Sunday Times has written about immigration irregularities in relation to courses at this college.

IEA has more than 500 non-EU students on its books.

The Department of Justice has said it has "concerns" regarding its operation.

Eight days ago teachers received an email from owner Mr Amaral, who apologised for what he called the "mess" and asked for their patience.

Teachers say they have tried on numerous occasions since then to contact him, but to no avail.

Staff who are owed wages say there are 80 students in Brazil who have each paid fees of up to €2,000 but who have yet to arrive in Ireland to begin their courses.

Staff say they are trying to keep the school open for the sake of the students.

Writing on his Facebook page on the eve of his departure, Mr Amaral said that students who were still in Brazil should not be worried.

Writing in Portuguese he said that everything would be sorted for them, whether through IEA or another college. 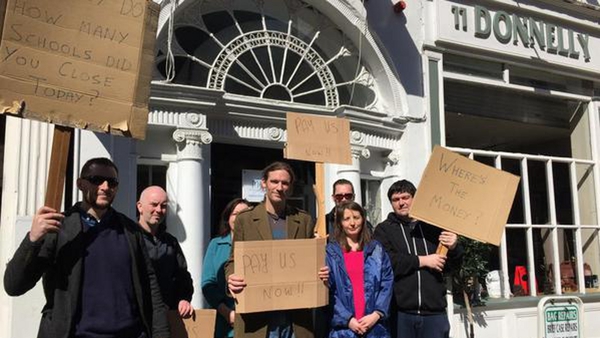