The Minister for Finance has announced the Terms of Reference for a review of certain transactions carried out by the Irish Bank Resolution Corporation (IBRC), prior to the appointment of the special liquidators.

He said that the review will cover transactions that resulted in a capital loss to IBRC of at least €10m during that period.

He added: "The purpose of this review is to determine whether there is evidence of material deficiencies in IBRC's performance in respect of such transactions and related activities and management decisions, and whether it can be concluded that the transactions were not commercially sound."

The transaction involving construction firm Siteserv PLC is one of those to be reviewed.

In March 2012, Siteserv sold its underlying business to a company controlled by Denis O'Brien - Millington - for €45m and was then liquidated.

As part of the deal, over €105m of Siteserv's debts to Anglo Irish Bank were written off and its shareholders received €5m.

Speaking to RTÉ News earlier today, Mr Noonan said that he is not assuming that there was malpractice or any loss of value in transactions conducted by IBRC, adding that he has no evidence of this.

Responding to comments by former IBRC chairman Alan Dukes, who said he was angry at any suggestion of "criminality" in any transactions by IBRC, Mr Noonan said that the allegations of criminality were made under privilege in the Dáil.

He said that any appropriate review is not possible without dealing with that issue.

Fianna Fáil this evening criticised what it called the "extremely narrow" review.

Party leader Micheál Martin said: "This an extremely weak attempt by Government to give the impression of an inquiry while avoiding any real independent investigation into the very serious questions surrounding the sale of Siteserv.

"The appointment of a judge to merely 'monitor certain transactions' at the IBRC does not go nearly far enough.

"The terms of reference are far too narrow. There is no effort whatsoever to address the fundamental conflict of interest that still remains unchallenged."

He insisted that: "The only way to find out exactly what happened is to establish a Commission of Investigation without further delay."

She said: "Minister Noonan's cynical attempt to gloss over concerns about the conflicts of interest at the heart of this review will not wash. The appointment of retired High Court Judge Mr Justice Iarfhlaith O' Neill does not remedy that conflict of interest.

"Given the very serious concerns and the openly contradictory statements from various parties to this growing controversy, it is astonishing that government and the minister should so blatantly disregard the need for a fully independent investigation.

"Sinn Féin have clearly and consistently called for a Commission of Investigation as the only proper and credible mechanism to investigate the Siteserv deal and IBRC transactions and governance."

This morning, independent TD Stephen Donnelly said the Government's treatment of controversies surrounding transactions at IBRC before its liquidation raises questions of competence and of deception.

Speaking on RTÉ's Morning Ireland, Mr Donnelly said he was very unsatisfied with the current arrangement whereby KPMG is reviewing the matter.

He said it was a very serious error of judgement from the Government, given KPMG's involvement in the Siteserv deal.

Mr Donnelly said: "I think it's completely inappropriate that KPMG are involved in this, this requires fresh eyes. It does not feel right and it certainly does not look right."

Mr Donnelly said he would be raising the matter with the Oireachtas Finance Committee. 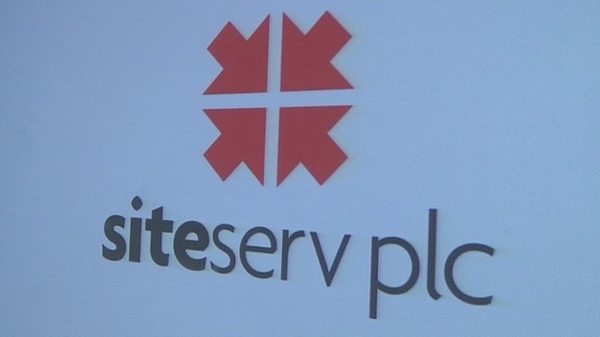