Minister for Finance Michael Noonan has announced a review of the sale of Siteserv and other transactions by the Irish Bank Resolution Corporation, formerly Anglo Irish Bank.

The minister announced the review in light of the concerns raised recently regarding the IBRC's handling of the Siteserv transaction.

All "transactions, activities and management decisions which occurred between the date of nationalisation and the date that IBRC entered into liquidation that resulted in a capital loss to IBRC of at least €10m" will be reviewed.

The minister is to also "direct the special liquidators to include in their review and report any transactions which give rise or would likely give rise to public concerns in respect of the ultimate returns to the taxpayer".

The review is set to be completed by 31 August.

Earlier, Mr Noonan said that the remit of the Comptroller and Auditor General could be changed to allow him to review the matter.

In March 2012, construction firm Siteserv was bought for €45m by Millington, a company controlled by businessman Denis O'Brien, after over €105m of its debts to Anglo Irish Bank were written off.

Fianna Fáil has rejected the process proposed by Mr Noonan. Party leader Micheál Martin said while the finance minister is correct in identifying the public concern about the issues emerging around the sale of Siteserv, he is entirely incorrect in his proposed response.

"What is needed here is an independent investigation by someone at full arm's length from the process and completely detached from IBRC, Siteserv and the Department of Finance”, Mr Martin said.

"Sinn Féin are calling for a full commission of inquiry to delve into the very heart of the matter. This needs to be done in the full light of day by independent officials who are not tainted by association in this sordid mess”, he added. 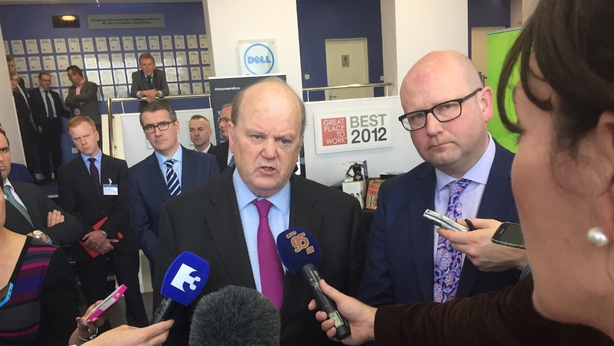 Earlier, Minister Noonan said he received solid assurances that the sale of Siteserv was carried out properly and in the best interests of the State.

Speaking in Limerick this morning, Mr Noonan said there had been a number of concerns at departmental level about a number of transactions overseen by IBRC around the time the deal was concluded.

He said the Siteserv deal was completed in spring 2012.

At that time he said there was no requirement on IBRC to give details of transactions to the department.

He said he had been concerned that he had to go into the Dáil, without being sure that he had full information about the transaction.

The minister said there were a series of meetings between finance officials and IBRC on foot of these concerns.

He met the Chairman Alan Dukes on a number of occasions and at one particular meeting, where the Siteserv deal was a "key issue", he met Mike Ainsley, the CEO of IBRC.

Mr Noonan said he got "an absolute assurance" at that meeting that the transaction had been reviewed and that it had been conducted in the best interests of the Irish State.

Rules were subsequently changed so that detail of all transactions in excess of €100m would be passed to the Department of Finance.

Minister Noonan said there was a very distinguished board at IBRC at the time.

He said this was made up of people of high reputation who were doing the job in order to do the State some service.

He said he accepted the word of Mr Dukes that there had been no impropriety.

He said he would not impugn Mr Dukes or any board member in any way.

The sale of Siteserv to Millington dominated Leaders' Questions today. 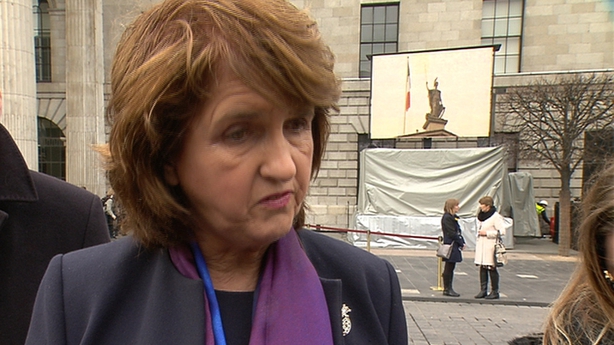 Tánaiste Joan Burton said she is in favour of an independent inquiry by a competent authority into the sale of Siteserv and other transactions by IBRC.

Fianna Fáil leader Micheál Martin said there were higher bidders for the company and people still did not know the basis it was judged to be the best deal.

He called for a commission of investigation into the deal.

Sinn Féin deputy leader Mary Lou McDonald went further and called for a commission of inquiry into it and other transactions.

She cited a number of other deals involving Mr O'Brien.

The Socialist Party's Ruth Coppinger also cited him and named other individuals.

She also asked why there was still no definitive proposal into how the deal was to be investigated.

The Tánaiste reiterated that she was in favour of an independent inquiry into the sale of Siteserv and other transactions by a competent authority.

She said it was a matter of identifying what was the best way of doing it.

She told the Dáil that there had been more than shareholders involved in the deal and there were 1,500 jobs.

She also cited a report by KPMG into Siteserv in 2011 and added that the relationship framework between the Department of Finance and IBRC was put in place by former finance minister Brian Lenihan.

Earlier, the C&AG confirmed reports that he has no power to investigate the issue.

Asked at the Public Accounts Committee if he could investigate the IBRC, in relation to the sale of Siteserv, Seamus McCarthy told the committee that as legislation stands he has no power to examine the matter.

He said the Department of Finance contacted him yesterday and put it to him that it would require a change in legislation in order for him to access records and have power to records.

Mr Dukes has categorically rejected suggestions that there was any impropriety in the sale of Siteserv, saying the decision made was considered to be the best course of action available.

Mr Hobbs, who is a former senior executive with AIB and ACT Venture Capital, approved of the deal. 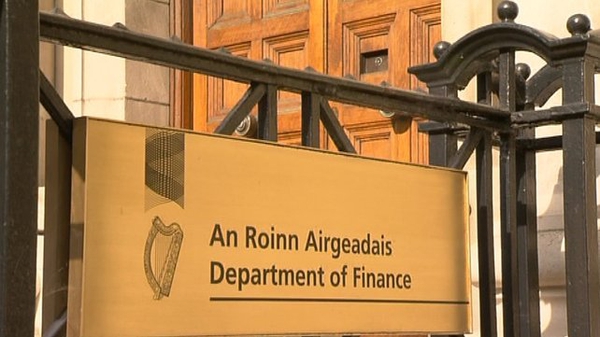 Siteserv deal 'completely above board'