Australian Prime Minister Tony Abbott told the large congregation that those who had fought there were the founding heroes of their country.

Some 10,000 Australians and New Zealanders - chosen by lottery such was the demand for places - waited in total silence for dawn to break this morning at Anzac Cove.

In the shadow of the Sphinx pic.twitter.com/1Rv4eB42AB

They heard New Zealand Prime Minister John Key acknowledge that while his nation is rarely seen as aggressors that is how they were seen by Turks defending their home.

He said the generosity of Turkey since then reflected the healing power of time. 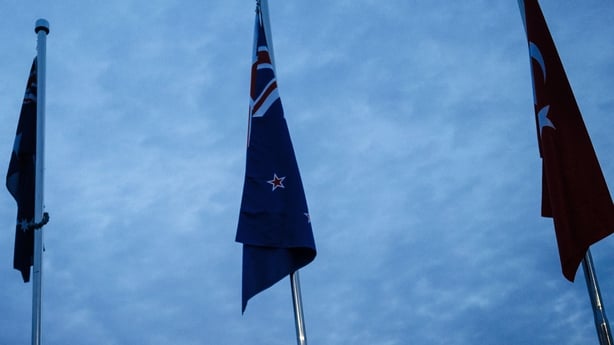 President Higgins laid a wreath in honour of the 3,000 Irishmen who fell at in Gallipoli 100 years ago. 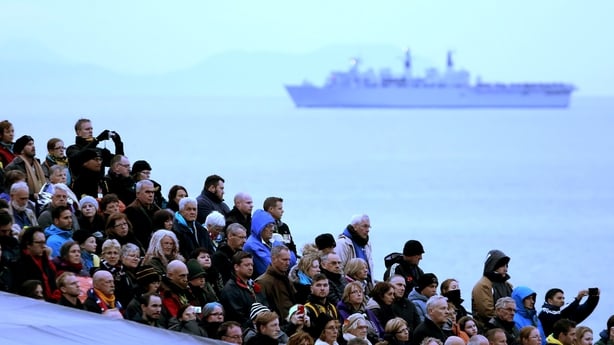 As a line of warships emerged from the morning mist,  the Last Post rang around the cliffs and hills that had cost so many lives.

A series of events are taking place this weekend in Ireland to commemorate the 100th anniversary of the Gallipoli campaign. 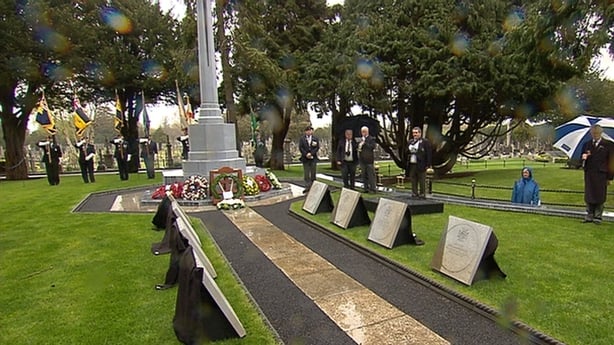 This marks the commemorations of recipients of the Victoria Cross between April and July 1915. 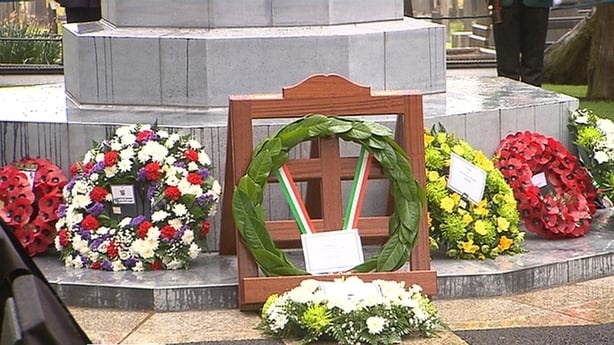 Members of the Royal Munster Fusiliers Association marked the anniversary of Gallipoli at Cenotaph in Cork this morning where a minutes-silence was observed and wreaths laid.

During the Gallipoli campaign 264 men from Cork lost their lives - 134 were Munster Fusiliers.

Ollie Griffin laying a wreath at the Cenotaph #Cork to mark 100th anniversary of #Gallipoli pic.twitter.com/nyX50wkeUZ 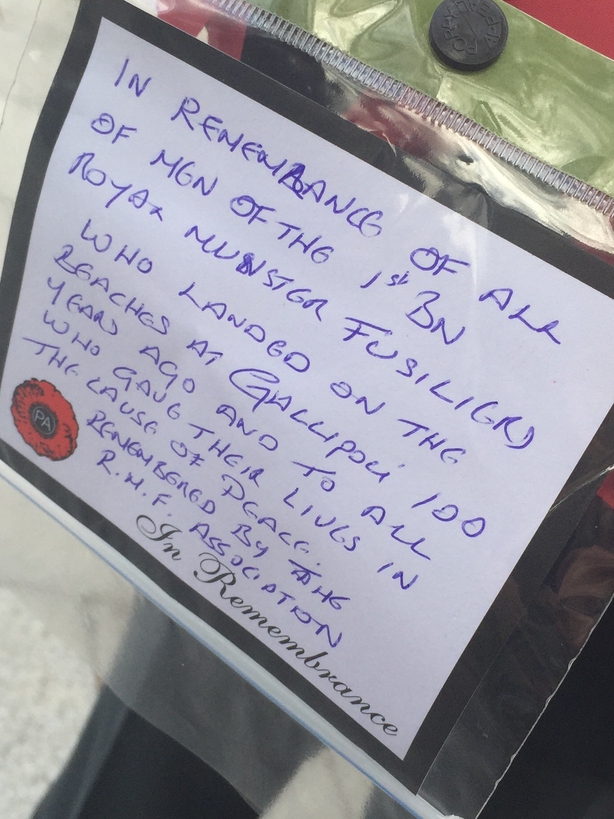 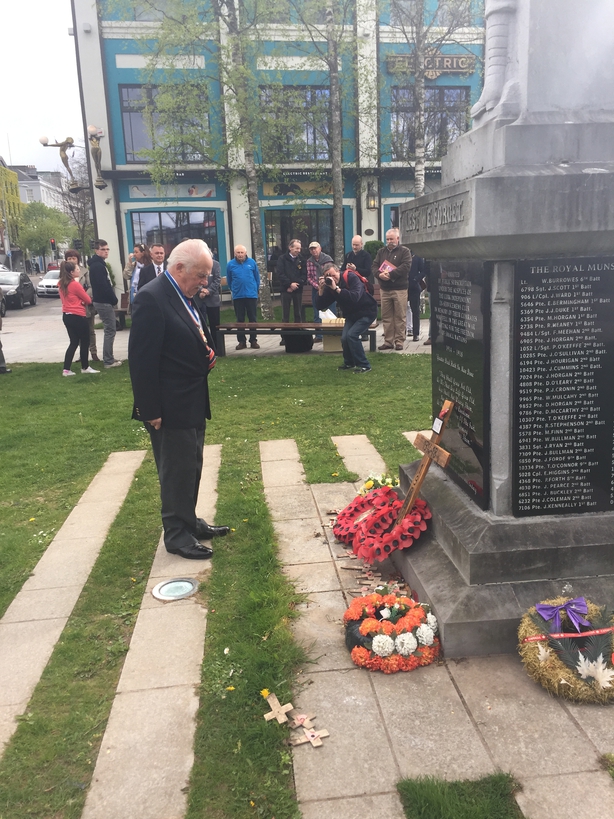 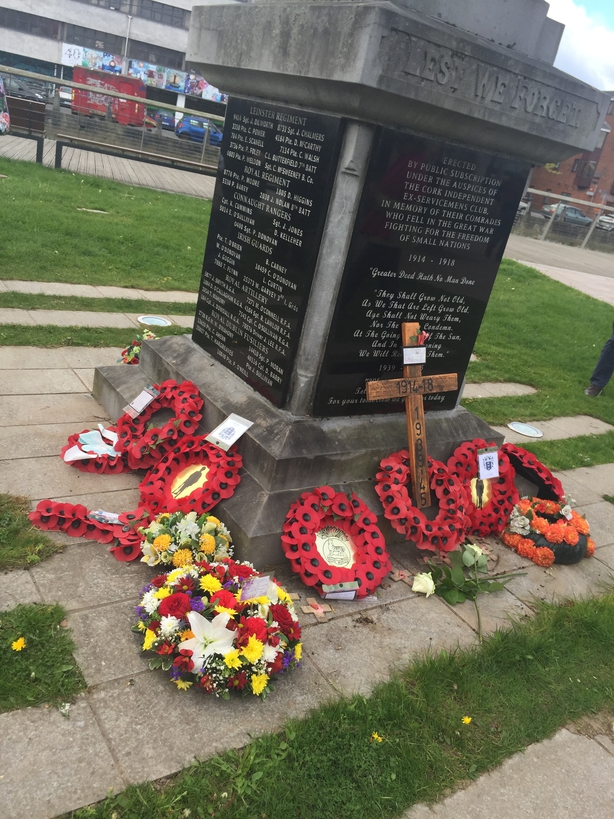 Tomorrow Minister for Arts, Heritage and the Gaeltacht Heather Humphreys will deliver a reading at a special service of remembrance for the Gallipoli landings at Christchurch Cathedral.

The service has been extended to include casualties from Ireland, New Zealand, Australia and other nations at Gallipoli.

It has been organised by the New Zealand Ireland Association and the Dean and Chapter of Christchurch. 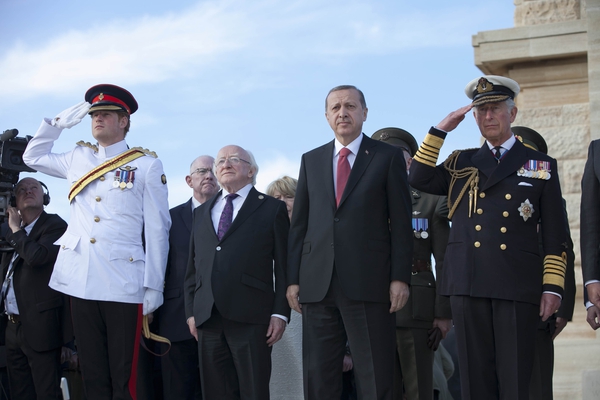