An air strike this morning on a Scud missile base in the Houthi-controlled Yemeni capital Sanaa triggered a big explosion that killed 25 people and wounded almost 400, state news agency Saba has said.

"Twenty-five citizens were killed and more than 398 were wounded, mostly women and children, according to a preliminary figure after the Saudi aggression's bombing today," said the agency, which is run by the Houthis.

The number could not be immediately verified, but medical sources told Reuters at least 15 people had been killed and scores wounded.

The blast hit the base on Faj Attan mountain beside the Hadda district, home to the presidential palace and many embassies, blowing out the windows of homes for kilometres around and sending a tall mushroom cloud into the air.

Resident Adel Mansour said it was the largest explosion in more than three weeks of bombing by the Saudi-led coalition.

"For the first time since the start of the bombing thewindows of my house smashed," Mr Mansour said.

"My children are terrified and one of my relatives fainted because of the force of the blast."

The campaign has repeatedly targeted the Faj Attan facility along with other military bases and airports in Sanaa and throughout the country.

Iran summoned Saudi Arabia's envoy to Tehran this afternoon over the explosion near its embassy in Sanaa, Iranian state TV said.

The Shia Islamic Republic has repeatedly summoned the Sunni-ruled kingdom's envoy over disputes arising from a conflict seen as a struggle for influence between the two regional powers.

Indonesia's foreign minister Retno Marsudi told reporters in Jakarta his country condemned the air strike after two of the country's diplomatic staff were wounded and its embassy was damaged.

"The next phase will focus on the movements of militias, protection of civilians, and support the evacuation and relief," he added, in an announcement that suggested over three weeks of pounding military bases across the country had run its course.

Several members of Saudi Arabia's forces have been killed in the campaign against the Houthis.

The movement's leader Abdel-Malek al-Houthi said in a televised speech yesterday that the group believed its northern neighbour sought to invade and occupy Yemen, but that his people had the right to resist "by any means".

Meanwhile, international aid agency Oxfam has condemned a Saudi Arabian air strike in Yemen that it said hit one of its stores containing humanitarian supplies in the Houthi militia's northern stronghold of Saada.

"The contents of the warehouse had no military value. It only contained humanitarian supplies," said Grace Ommer, Oxfam's country director, in a press statement posted on its website yesterday.

Saudi Arabia has not yet commented on the incident.

However, spokesman for its military campaign Brigadier General Ahmed Asseri said targets are chosen to avoid civilian casualties, and that the Houthis often put guns in residential areas.

On Saturday, King Salman announced that Saudi Arabia would meet the entirety of a United Nations $274 million appeal for humanitarian aid in Yemen, state media reported.

Yemen's dire humanitarian situation, already regarded by aid organisations as critical before the Saudi air strikes began, has been worsened as a result of weeks of fighting and a naval blockade aimed at stopping arms flowing to the Houthis.

Most of Yemen's food needs before the crisis were met by imports via the sea, diplomats have said.

Relief agencies criticised Saudi Arabia in the first two weeks of the campaign for the difficulty in arranging shipments of aid, including food and medicine, into the country, but the first Red Cross shipments began to arrive last week.

If Yemenis blame their harder circumstances on the Saudi-led air strikes, rather than the preceding military advance by the Houthis, President Hadi's legitimacy may start to be called further into question, they say. 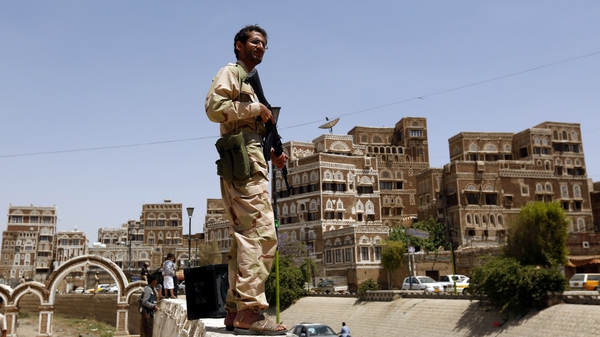 WHO: Conflict in Yemen has killed 540 in recent weeks