Pope Francis has urged the international community to act over a surge in the numbers of migrants attempting to reach Italy in dangerous sea crossings from north Africa.

The pontiff's appeal came at the end of a week in which more than 450 people are feared to have drowned in the Mediterranean.

More than 11,000 other migrants have been rescued by Italy's coastguard, merchant ships or vessels involved in a much-criticised European Union maritime border patrol operation.

The latest rescue involved a group of more than 450 refugees including 50 children, two newborn babies and eight pregnant women who disembarked at Messina in Sicily this morning. 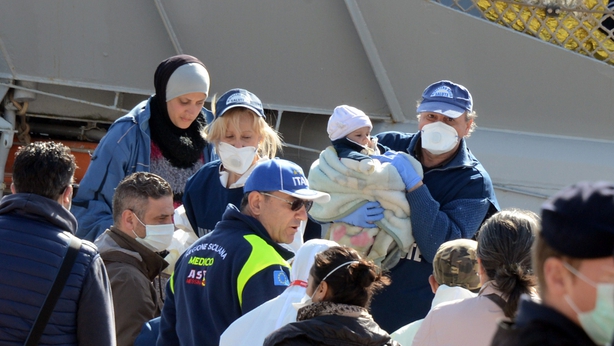 The pope was speaking during his first official meeting with new Italian President Sergio Mattarella.

He reiterated Rome's long standing call for more support from its EU partners in dealing with the humanitarian crisis.

"These broken lives compromise the dignity of the international community and we are in danger of losing our humanity," Mr Mattarella said.

An estimated 900 migrants have perished in the waters between Libya and Italy already this year.

Current trends point to last year's total of 170,000 migrants landing in Italy being at least matched.

Aid organisations say the death toll is much higher than it might have been if the Italian navy's Mare Nostrum operation had not been suspended at the end of last year.

Italy scaled back the search and rescue operation after failing to persuade its European partners to help meet its operating costs of €9 million per month.

This is amid divisions over whether the mission was unintentionally encouraging migrants to attempt the crossing.

Mare Nostrum has been partially replaced by a much smaller EU-run operation called Triton which has a fraction of the assets and manpower deployed by Italy.

The migrants seeking to reach Europe with the help of people smugglers are generally fleeing conflict or persecution.

The migrants are coming from countries such as Eritrea, Afghanistan and Syria, or poverty and hunger in sub-Saharan Africa and South Asia. 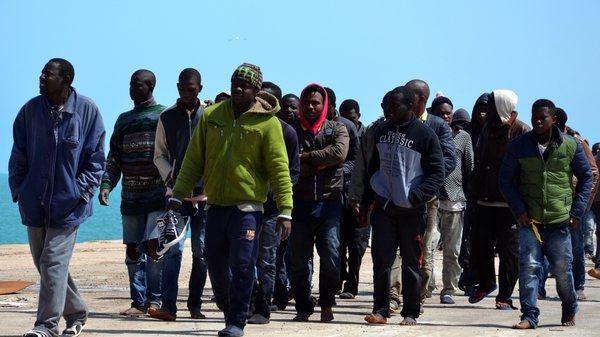