The Government has said it is committed to the tendering of 10% of bus routes to the private sector.

A spokesperson for the Department of Transport said in a statement today that the Government's approach was in the interest of quality and cost effectiveness for commuters.

The plan to open 10% of public bus routes to market has been met with strong union opposition.

It is understood that in Bus Éireann, 95% of drivers backed industrial action, with 93% prepared to take strike action.

In Dublin Bus, 93% of those balloted favoured industrial action, with 90% backing strike action.

The NBRU is to deliver the result of it’s ballot next week.

Staff fear the move could trigger a fall in their pay and conditions, and damage the two bus companies. 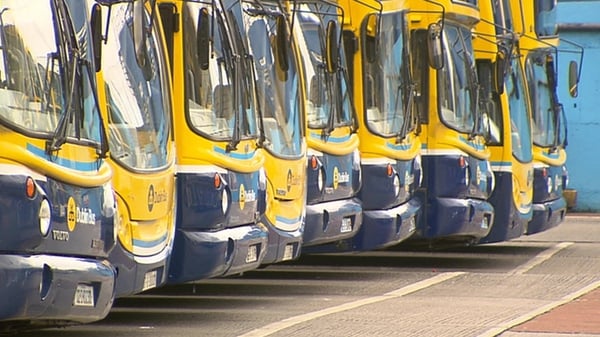