SIPTU drivers at Dublin Bus and Bus Éireann have voted overwhelmingly to back strike action over Government policies to open up 10% of bus routes to private sector tendering.

The union will hold a meeting of shop stewards on Monday to decide how to proceed.

SIPTU Divisional Organiser Owen Reidy said the result demonstrated the significant frustration among drivers in both companies over the plans by the National Transport Authority to privatise 10% of bus services.

He said that while the union had been unable to persuade the NTA to date to abandon what he described as their "flawed" plan, he said they had tabled a number of issues in the LRC facilitated talks instigated by the Minister for Transport, Tourism and Sport Paschal Donohoe.

He said those issues had not been adequately dealt with.

He said this combined with the failure of both bus companies to guarantee the tenure, security and quality of their members' employment had led to this impass and the strong mandate for action.

It's understood that in Bus Éireann, 95% of drivers backed industrial action, with 93% prepared to take strike action.

In Dublin Bus, 93% of those balloted favoured industrial action, with 90% backing strike action.

Staff belonging to the National Bus and Rail Union will deliver their ballot result early next week, and the union has threatened to take a legal challenge to the proposals to open bus routes to private tenders.

The NBRU is also considering balloting members in Irish Rail, on the basis that the open tendering of bus routes could have an impact on the CIE group as a whole.

Both Bus Éireann said they had not yet received any official notification of any industrial action, so would not be issuing any further comment at this time.

In a statement, Dublin Bus noted the result of the ballot by SIPTU members in the traffic grade.

The statement added Dublin Bus has not received official notification of any industrial action by the drivers' unions and will not be making any further comment until the process of balloting is completed. 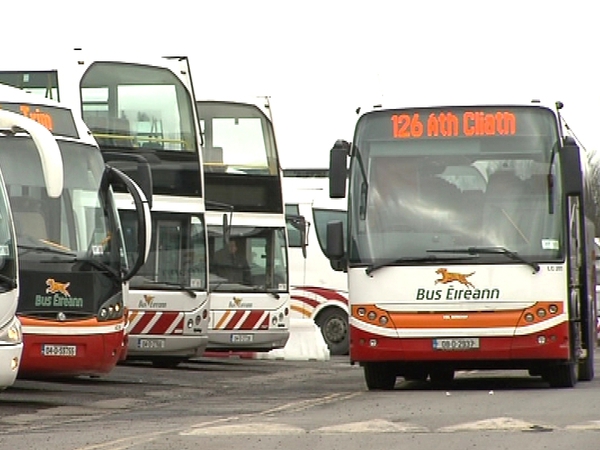