British Prime Minister David Cameron's plan to hold a European Union membership referendum if he is re-elected would lead to an intense period of uncertainty for businesses, former British prime minister Tony Blair has said.

Mr Cameron's Conservatives are neck-and-neck with the opposition Labour Party in most polls ahead of the 7 May vote.

He has promised to renegotiate Britain's ties with Brussels, and then hold a referendum by the end of 2017.

In a campaign speech this morning, Mr Blair, a former Labour leader and prime minister from 1997-2007, said the "short-term" pain of Mr Cameron's proposed re-negotiation has been underestimated.

"Think of the chaos produced by the possibility, never mind the reality, of Britain actually quitting Europe," Mr Blair said.

"Jobs that are secure suddenly insecure; investment decisions postponed or cancelled; a pall of unpredictability hanging over the British economy."

Speaking on a campaign visit to Northern Ireland, Mr Cameron hit back at suggestions he is risking the stability of the country in order to appease UKIP. 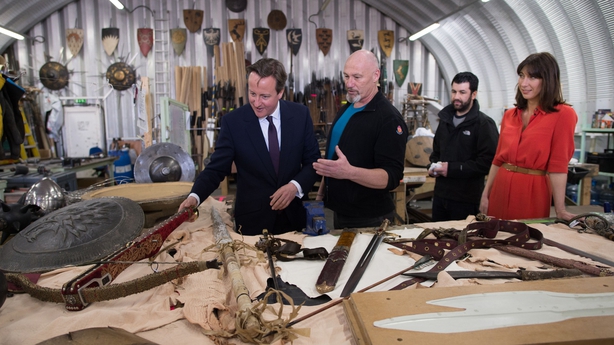 "I think Tony Blair is wrong. I want changes in Europe but then, unlike Tony Blair, I will trust the people in an in-out referendum," he said.

The Tory leader went on to say "we should ask people if they want to stay a member of this organisation."

"You cannot ignore the will of the people as Tony Blair thinks we should - and it is not just him, it is Ed Miliband."

He cited continued inward investment since his party first made the pledge.

"He's doing a good service to us all today by ... advertising the fact that if you vote Conservative, you get a referendum on Britain's membership of the European Union," Mr Osborne told a news conference.

If Britain voted to leave the EU, business would face the most intense uncertainty since World War II, Mr Blair said.

"There would be significant business uncertainty in the run-up to a vote but should the vote go the way of exit, then there would be the most intense period of business anxiety, reconsideration of options and instability since the war."

Mr Blair argued that Mr Cameron made the referendum pledge to appease Eurosceptic members of his party and to try to win back voters who have defected to the anti-EU UK Independence Party.

"This issue, touching as it does the country's future, is too important to be treated like this," Mr Blair said. 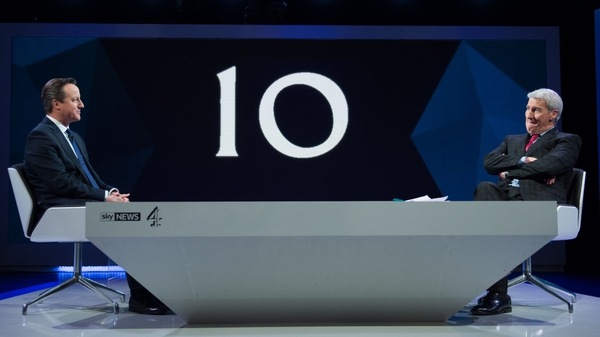