The programme of events to commemorate the 1916 Easter Rising was launched yesterday.

However, one element of the plan that did not get much attention was the proposal to remove the Spire from Dublin's O'Connell Street for the two weeks while the commemorations are taking place.

A number of parades, recreations and street theatre events will be taking place on the capital's main thoroughfare, and RTÉ News has been told that the organisers hope to recreate the streetscape of 100 years ago.

It is also believed that organisers want to maximise the space available for events and fear the Spire could block people's view of the events.

As a result, they are looking at temporarily removing the 121m tall metallic landmark.

The cost of removing the Spire for the two weeks is estimated at €500,000.

The landmark, which cost €4m to erect, will be removed in sections, with organisers hopeful the sections can be stored in a hangar at Dublin Airport for the duration of the commemorations. 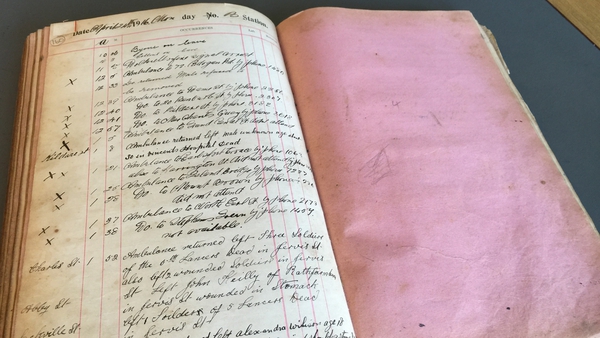 Ambulance logbook from 1916 Rising to go on public display News