The Government was offered €500,000 for the LÉ Aoife naval vessel which was decommissioned two months ago, but the Department of Defence did not auction the vessel publicly and instead gave it to the Maltese government for free.

The LÉ Aoife was decommissioned on 31 January after 35 years of service, with a special ceremony held in Waterford.

Regarding the possible sale of the vessel, Minister Paul Kehoe said at the ceremony it was a matter for the Department of Defence and the naval service to see fit what the future of the LÉ Aoife would be.

Mr Kehoe added the vessel was public property so there was a process that had to be gone through.

However, on 19 February Minister for Defence Simon Coveney announced the ship was to be given to Malta as part of ongoing cooperation between the two countries.

The Department of Defence has confirmed to RTÉ there was no public auction of the vessel, but no reason was given as to why.

RTÉ News has learned that last April a marine engineer in Waterford, operating for a client in the Netherlands, wanted to purchase the vessel for security operations off the African coast.

They offered €500,000. They said department officials said they would come back to them but they heard nothing back at all and only learned through the media the vessel was being given to Malta.

They say they are very disappointed. 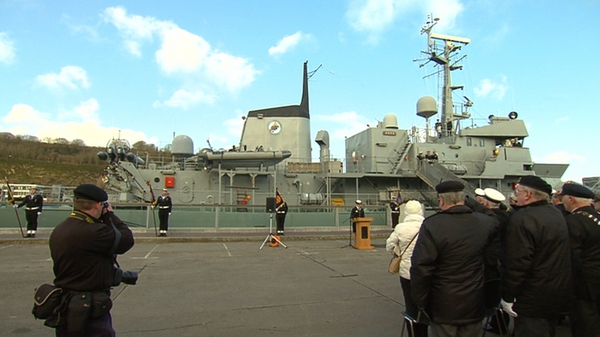