Fianna Fáil leader Micheál Martin has described as "extraordinary" a statement by the Taoiseach that it would be illegal for him to confirm whether or not he had given evidence or was to give evidence again to the Fennelly Commission.

Speaking on RTÉ's Morning Ireland, Mr Martin accused Enda Kenny of "extraordinary intolerance" in holding the Government to account on the whole issue.

Mr Martin said he had read the Commissions of Investigations Act 2004 and "at no stage" does it say it is an offence to confirm that a person is a witness or would be a witness to a commission of inquiry.

He pointed out that the Taoiseach had said last June that he had been contacted by the Fennelly Commission and that he was looking forward to giving evidence.

He also rejected a suggestion by a Government spokesman that he was trying to "politicise" the investigation.

Mr Martin said he had read the relevant section of the Act "backwards and forwards" and he saw no distinction between someone disclosing they had given evidence, or disclosing that they were intending to give evidence, as the Taoiseach had done.

He said the solicitor to the inquiry had confirmed that no communication was made to any witness to the effect that they could not confirm that they were witnesses.

"There's no legal obstacle to confirming whether or not you gave evidence...the Taoiseach has been hiding on this issue for a long time, and is not (being) upfront and honest."

"I think it's unacceptable, given all the rhetoric we've heard from the Taoiseach and the Government about 'telling it as it is', and about transparency in terms of how Government conducts its affairs."

Responding to Mr Martin's comments, Taoiseach Enda Kenny said that there are a number of Commissions of Inquiry at the moment and in each of these cases its very important that the members conduct their investigations responsibly.

He added in this case, Justice Fennelly should be allowed to conduct their work to fulfil their remit as they are capable of doing.

Mr Kenny added that he expects to fulfil his obligation in respect of the Fennelly Commission and he expressed his wish that he didn't want to comment any further.

The Minister for Jobs, Enterprise and Innovation said Mr Martin’s criticism of the Taoiseach amounts to political opportunism.

Speaking in Galway this morning, Richard Bruton said it was very clear under the terms of the  Commissions of Investigation Act that participants were prohibited from discussing the workings of such an inquiry.

He said Judge Fennelly has been given a job to do and it was important that he had the time and space to complete that task.

She said she would like to see the report section that concerns the Taoiseach as early as possible and it is important that Judge Fennelly completed the report and presents it as soon as possible. 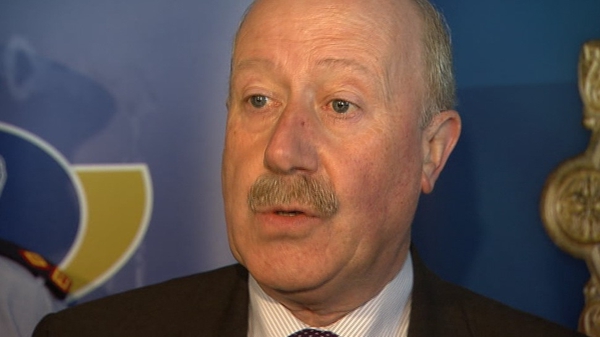