A leading charity has said early calls for help in tackling the spread of Ebola were ignored by local governments and the World Health Organisation.

Médecins Sans Frontières (Doctors without Borders) said that many institutions failed to respond adequately to the virus with tragic and avoidable consequences.

More than 10,000 people have died from Ebola in the past 12 months, most of them in the west African countries of Liberia, Sierra Leone and Guinea.

At least 24,000 people have been infected since the epidemic broke out in Guinea in December 2013.

The three-month delay in its official recognition has been blamed for its rapid spread to neighbouring Sierra Leone and Liberia, while other west African countries such as Nigeria and Mali also suffered fatalities.

The WHO has been criticised for its slow response while governments and charities have admitted they could have done things differently.

MSF, which had emergency teams on the ground in Guinea before Ebola was even officially declared, said despite raising the alarm that the epidemic was out of control, "it was like shouting into a desert".

It has released a report to mark the anniversary, which it dedicated to the 500 healthcare workers who have died while fighting Ebola, including 14 involved with the charity itself.

MSF said there was little sharing of information between the affected countries at first, while their governments tried to downplay the problem for fear of causing panic and driving visitors and investors away.

MSF general director Christopher Stokes said: "The Ebola outbreak has often been described as a perfect storm: a cross-border epidemic in countries with weak public health systems that had never seen Ebola before.

"Yet this is too convenient an explanation. For the Ebola outbreak to spiral this far out of control required many institutions to fail. And they did, with tragic and avoidable consequences." 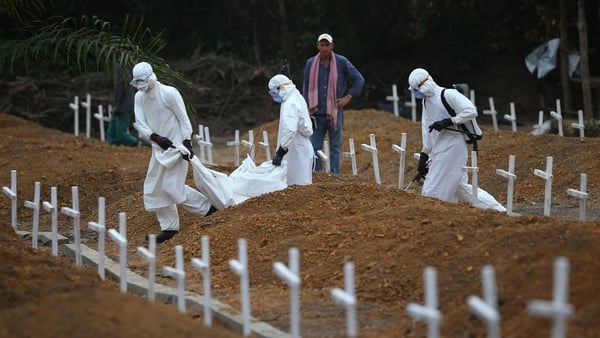