The number of new confirmed Ebola cases totalled 99 in the week to 25 January.

It is the first time the weekly total has fallen below 100 since June 2014.

"The response to the EVD (Ebola virus disease) epidemic has now moved to a second phase, as the focus shifts from slowing transmission to ending the epidemic," the World Health Organisation said.

Since the start of the outbreak in March last year, Ebola has claimed more than 8,600 lives, mostly in Guinea, Liberia and Sierra Leone.

More than 21,797 cases of the infection have been reported.

However, Ebola coordinator David Nabarro has warned that while the epidemic is decreasing, it is still present in a third of the areas of the three affected west African nations.

"We still see occasional flare-ups and we still see some surprises with new cases out of our contact lists," Mr Nabarro said.

"That means that the epidemic is not contained yet."

He was speaking at the African Union headquarters as leaders gather a day ahead of a summit meeting, where Ebola is a key issue for discussion.

Meanwhile, results from an early Ebola vaccine trial are said to be a "tad disappointing" but show that the drug is safe.

The trial conducted at Oxford University paves the way for the vaccine, jointly developed by GSK and the US National Institutes of Health, to be further tested on patients in west Africa.

The vaccine uses a single Ebola gene carried in a harmless chimpanzee cold virus to trigger an immune response.

A total of 60 healthy volunteers were inoculated at Oxford University's Jenner Institute between 17 September and 18 November last year.

Findings published in the New England Journal of Medicine show the experimental vaccine was well tolerated in three different doses.

Two volunteers experienced a moderate fever that passed within a day.

Although the primary goal of the trial was to assess safety, scientists also measured immune responses to Ebola seen in the participants.

The vaccine was found to generate immunity with levels of antibodies increasing over a period of 28 days.

But independent experts said it did not perform as well as they would have liked.

Molecular virologist Professor Jonathan Ball, from the University of Nottingham, said: "The data have confirmed that the GSK vaccine is well tolerated, with only a small number of people experiencing very minor side effects, which is good news.

"The vaccine was also capable of provoking an immune response, although the overall potency of this response was a tad disappointing.

"The magnitude of the immune responses observed in the vaccine recipients were less than those observed in monkeys that were protected from experimental Ebola virus infection, but we don't fully understand what degree of immunity humans require in order to protect them from infection.

"That's why clinical trials are important." 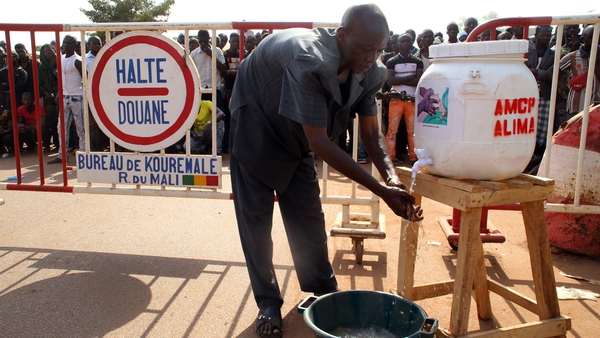 Mali Ebola free after no cases noted for six weeks