The former Fine Gael junior minister's grouping, which uses the working title Reboot Ireland, has held a number of meetings around the country in recent months.

RTÉs Prime Time tonight revealed some new elements of the party, which will be formally launched tomorrow.

Of the seven former Fine Gael TDs and senators and members of the Reform Alliance, four are to run in the next general election for the new party.

Terence Flanagan, TD for Dublin North East, and Senator Paul Bradford, who is married to Ms Creighton, are also on board.

Each region will have its own fundraiser.

Of the 3,000 people who have signed up to the new party's website, 700 have expressed an interest in running as a candidate.

According to party sources, more than 140 people have completed an online questionnaire in a bid to become a party candidate

There will be no selection conventions and all prospective candidates will be interviewed by the party's national board and ratified through an online vote of the entire membership.

The new party will be economically conservative and socially radical.

Speaking on Prime Time, Mr Timmins acknowledged that there would be detractors but said he believed the new party would bring forward 'new blood' in the coming days.

He said the new party would not be a re-creation of the Progressive Democrats and he had every confidence that it would have an impact. 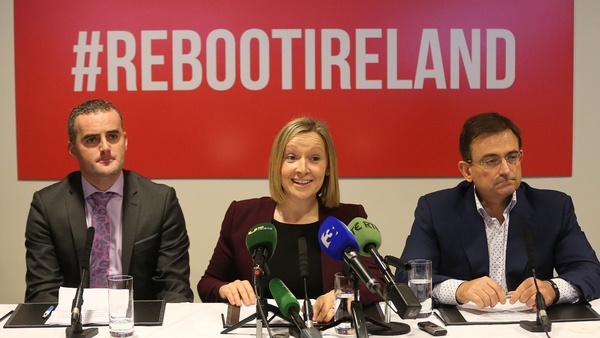