The Prison Officers Association has warned that industrial action is likely unless a number of issues are sorted out, including matters impacting on the safety of prison staff.

The Association's Deputy General Secretary Jim Mitchell raised concerns in the wake of two attacks at Midlands Prison in Portlaoise in which two prison officers were injured.

One of the incidents occurred in a section of the prison where an enhanced regime is place for prisoners who show good behaviour.

Speaking on RTÉ's Morning Ireland, Mr Mitchell said this incident shows that the categorisation of this prisoner was not "proper" and wasn't carried out as rigourously as it should be.

Mr Mitchell said the Association have tried to engage with prison management on the issue and that prison officers have been balloted for industrial action in relation to staffing levels and workplace problems.

The POA will meet with the Minister for Justice on Wednesday, prior to the result of the ballot, to discuss the issues.

Mr Mitchell has warned that there will be some form of industrial action if their concerns aren't addressed.

He said it is his understanding that members of An Garda Síochána are being trained, as well members of the Defence Forces to stand in for prison officers should industrial action occur.

Mr Mitchell described this as a "very retrograde move". 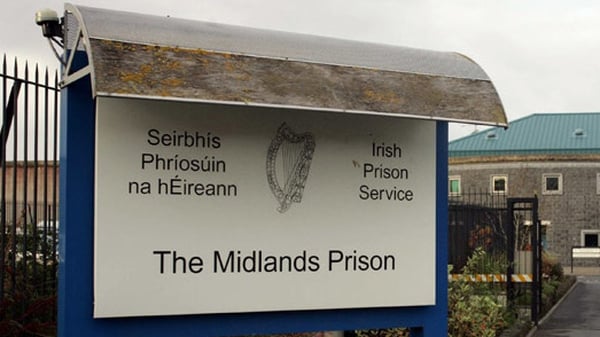