A lawyer for the accused Boston marathon bomber has said that their client bore responsibility for the attacks that killed three people and injured 264 with a blunt admission: "It was him."

However, Dzhokhar Tsarnaev was a secondary player in the 15 April 2013 bombings, defence attorney Judith Clarke said in her opening argument in US District Court in Boston.

At the start of the trial, she indicated that the 21-year-old's older brother, Tamerlan, was the prime mover.

The defence strategy, which did not include a move to change Mr Tsarnaev's not-guilty plea, appeared aimed at sparing him from the death penalty.

If he is convicted, the jury will decide whether he is executed or gets life in prison without possibility of parole.

Prosecutor William Weinreb told jurors how Mr Tsarnaev and his brother, both ethnic Chechens, carefully selected the places where they left the bombs in an effort to punish the United States for military actions in Muslim-dominated countries. 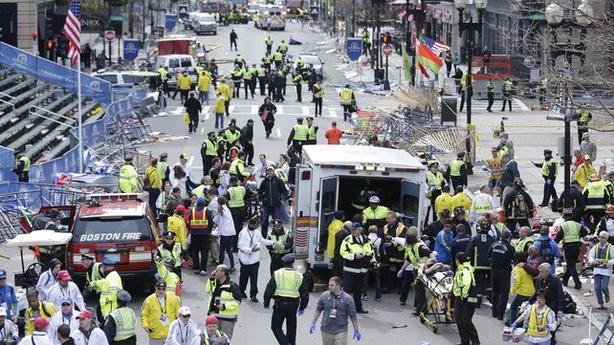 Assistant US Attorney Weinreb anticipated the defence's strategy of casting blame on 26-year-old Tamerlan Tsarnaev, who was killed when his younger brother inadvertently ran him over after a gun battle with police a few days after the bombing.

"The focus is going to be on the defendant," the prosecutor said.

"That's because it's his day in court. He's the one the government has to prove guilty, not his brother."

However, Ms Clarke said although Dzhokhar Tsarnaev, then 19, set off a homemade pressure-cooker bomb at the marathon's crowded finish line and three days later participated in the fatal shooting of the police officer did not tell the whole story.

"If the only question was whether that was Dzhokhar Tsarnaev... it would be very easy for you."

She said her client played a secondary role in a scheme hatched and driven by his older brother.

"It was Tamerlan Tsarnaev who self-radicalised. It was Dzhokhar who followed him," Ms Clarke said.

"The evidence will show that Tamerlan planned and orchestrated and enlisted his brother into this series of horrific acts."

The approach set up an immediate conflict with US District Judge George O'Toole.

He ruled shortly before opening statements that the question of the relative culpability of the two brothers was best left to the trial's second phase, which would follow providing Dzhokhar is found guilty.

"Some evidence of the brother's interactions will be inevitable," Judge O'Toole allowed in brief remarks before the trial opened.

However he interrupted Ms Clarke several times to warn her against going too deep into family history so early in the trial.

In his argument, Mr Weinreb said that Dzhokhar had read radical online magazines, where he learned how to build the shrapnel-filled bombs that tore the legs off of about 16 people at the race's crowded finish line.

"He believed that he was a soldier in a holy war against Americans," Mr Weinreb said of Tsarnaev.

The prosecutor also stressed the brutal nature of the injuries caused by the pressure-cooker bombs.

"The purpose of that kind of bomb is to shred flesh, shatter bone, set people on fire and cause people to suffer painful deaths," said Mr Weinreb. 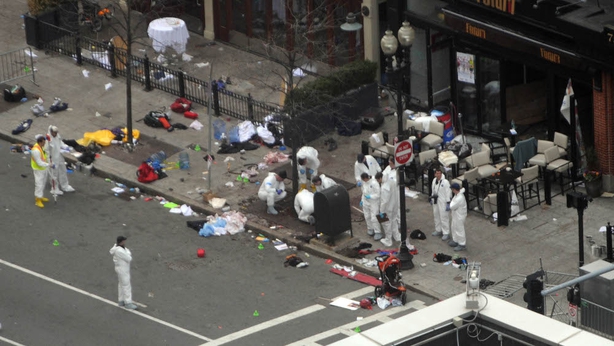 He noted that Tsarnaev left the backpack he carried the bomb in behind a group of child spectators, including Martin.

"He pretended to be a spectator but he had murder in his heart," Mr Weinreb said.

A dozen or so people injured in the attack and family members, including dancer Heather Abbott and Marc Fucarile, both of whom lost legs in the blasts, and Martin's parents, were in court during the proceedings.

The jury saw several videos of the bombs going off and of badly injured people screaming on the ground, surrounded by bits of metal shrapnel and thick smoke.

"I was blown through the air. There was a deafening explosion," said Colton Kilgore, who had travelled from Asheville, North Carolina, to see his mother-in-law race.

"As I was sitting up my brain was in this haze and I couldn't hear out of my left ear and there was screaming and I realised ... it must have been a bomb." 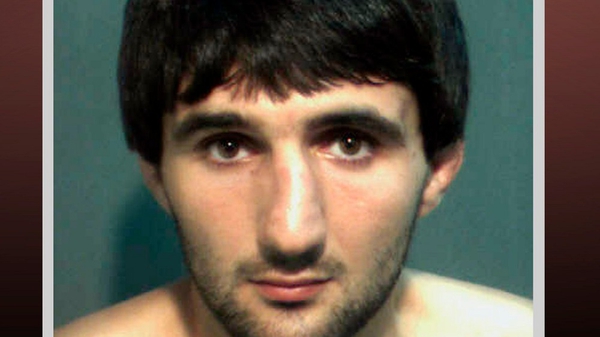