A new opinion poll has brought mixed news for the Government parties.

A new Red C poll for the Sunday Business Post shows Fine Gael unchanged on 24%, while support for Labour has dropped two points to 7%.

The 2,000 delegates at the Fine Gael National Conference will welcome the latest poll findings that show the party is the country's most popular political party.

Sinn Féin is the second most popular party on 21%, an increase of one point since the last poll. 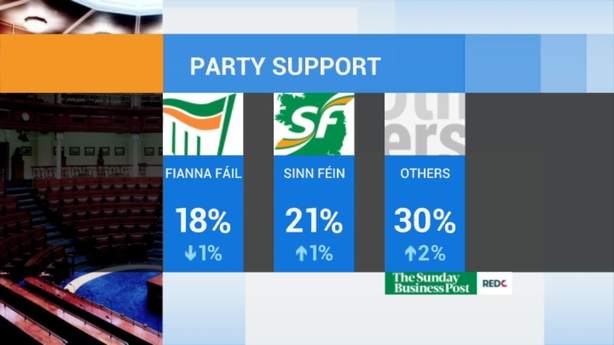 Support for Independents and Others stands at 30%, a two point increase on the last poll, while former Fine Gael TD Lucinda Creighton's party stands at just 1%.

According to the poll, support for Fianna Fáil has dropped one point to 18%, while Green Party support stands at 3%.

Red C interviewed a random sample of 1,000 adults between Monday and Wednesday of this week for the poll. 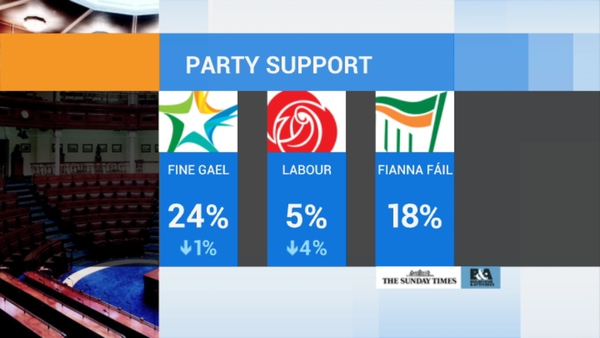