The Seanad has passed a bill initiated in the Upper House which provides greater rights for adopted people.

If the Bill is now passed in the Dáil it will provide up to 50,000 people with the right to their birth cert for the first time.

Speaking after the bill passed all stages in the Seanad, Ms Power said she sincerely appreciated cross-party support for the bill on a political and personal basis.

"It matters immensely to me and it has been privilege for me as an adoptee myself that has been fortunate enough to find my natural mother [and siblings].

"This bill won't make a difference to me but it is such a privilege to be in a position to help other people who haven't been as fortunate."

She said the bill has the potential to make a massive difference to people's lives and give people "peace in their own hearts and the ability to reconnect for those people who wish to be reconnect. There were forced adoptions in this country where women had no choice whatsoever and have been plagued by the hurt and pain of that for far too long".

She urged the Minister for Children and Youth Affairs to progress the bill through the Dáil.

Minister James Reilly said that though he does not oppose the bill, he does see foresee some constitutional difficulties with it.

He said that it must be noted that there are many positive outcomes to adoption.

He said that while they recently highlighted the historic information and tracing dilemmas that the secrecy of Irish adoption led to, they have pointed out that they were brought up in a loving and nurturing environment.

Ms van Turnhout said the real proud day for her will be when the bill comes into law and "people can vindicate their right to their identity and that yearning that is within them can in some way be addressed."

Ms Healy Eames said that is a "landmark day" and she is honoured to be a co-sponsor of the bill as in a few years her two children will have the right to their birth information.

Fine Gael Senator Terry Brennan also told this evening's debate that he was adopted and he knows who adopted him and never will forget it.

He said today is a historic day in the history of Seanad Éireann. He said his greatest wish is that the law can be changed as soon as possible. 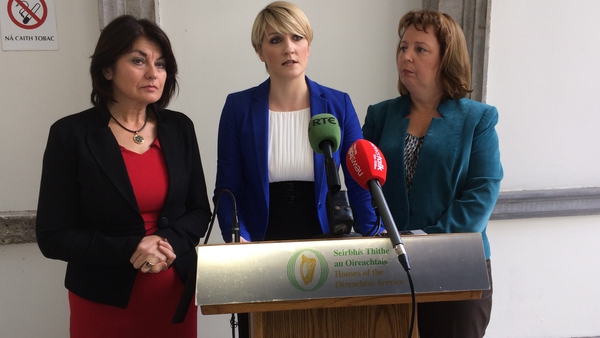