The ECB has decided to increase the amount of emergency funding available to Greek banks.

It follows a meeting of its governing council in Frankfurt, according to a source familiar with the issue.

The amount of Emergency Liquidity Assistance available was increased slightly, from €65 billion to €68.3 billion.

Greek banks are cut off from normal funding sources so are reliant on emergency funding, which is disbursed by the Greek Central Bank.

The ECB, however, has discretionary control over the upper limit of funds available.

According to reports, Greek banks have been losing some €2 billion per week due to the uncertainty over the country's financing situation.

There have been fears that the amount of money Greek banks need had been getting close to the upper limit of €65 billion.

The relatively small increase suggests that the ECB wants to maintain pressure on Greece to reach agreement with the eurozone on its future financing needs.

Athens will formally propose an extension of its international loans tomorrow, although it is expected to appeal for less conditionality than that associated with its €240 billion bailout.

It is unclear whether its demands will be met by eurozone governments.

German finance minister Wolfgang Schauble has poured scorn on any notion of Greece separating fresh loans from the conditions of its bailout.

If Greek banks run out of cash it could lead to the introduction of capital controls, such as those applied in Cyprus in 2013.

Greece is burning through its cash reserves and will not be able to meet payment obligations beyond the end of March unless it secures additional funds from its creditors.

The country remains locked in a battle with euro zone partners over the future of its bailout programme, which is due to expire in ten days.

Failure to clinch a deal would leave it at risk of bankruptcy, though until now it had not been clear how much time Greece had until state coffers run dry.

It will submit a request to the euro zone tomorrow to extend a "loan agreement" for up to six months but EU paymaster Germany says no such deal is on offer and Greece must stick to the terms of its existing international bailout.

The move, confirmed by an official spokesman, is an attempt by the new leftist-led government of Prime Minister Alexis Tsipras to keep a financial lifeline for an interim period while sidestepping tough austerity conditions in the EU/IMF programme.

An EU source said whether euro zone finance ministers, who rejected such ideas at a meeting on Monday, accept the request as a basis to resume negotiations will depend on how it is formulated.

Greece will be able to repay a €1.5bn loan from the IMF that falls due in mid-March, but the state will struggle to make payments after that despite continuing efforts to minimize cash needs, a Reuters source said.

"Greece can cover its needs until mid-March or the latest by the end of March unless it secures additional funding from official lenders," the source told Reuters.

The Greeks have repeatedly asked their euro zone partners to be allowed to issue more Treasury bills beyond an existing €15bn ceiling that it has already hit but its request has been denied.

Adding to the pressure, budget data for January showed the state's finances worsening sharply as Greeks held off on paying taxes ahead of the 25 January general election.

That resulted in a €1bn shortfall in tax revenues, 23% below the targeted level, putting the country's bailout target of a 3% budget surplus this year in doubt.

Mr Tsipras’ government has sought to play down cashflow concerns, with ministers saying the state has enough money on hand and refusing to speculate on when it might run out. 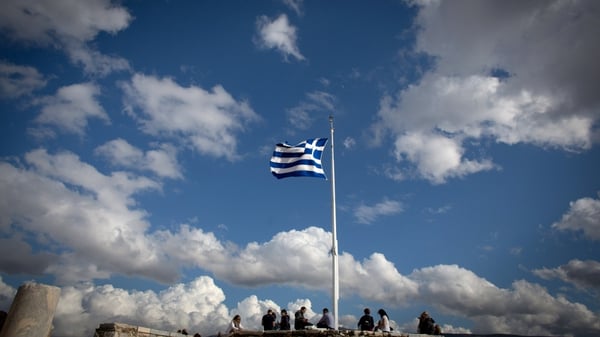