New figures show the number of homeless families in Dublin is increasing steadily despite a recent Government initiative.

The Dublin Regional Homeless Executive reported that there were 359 families in emergency accommodation by the end of January across the four Dublin local authorities.

That figure compares with 307 by the end of October 2014 and 331 the following December.

The 359 families currently out of home involve a total of 780 children.

The families are living in different types of emergency accommodation including Bed and Breakfasts and hotels.

Dublin Bay North TD Tommy Broughan said he has been told that Dublin City Council has run out of emergency accommodation.

He criticised Minister of Environment Alan Kelly and said: "People are sleeping in their cars, sleeping on couches and reaching out to family and friends when they can.

"What about families being evicted due to rapidly escalating rents and what about the family homes that are already over-crowded because of unaffordable rents?"

In a statement this evening, housing charity Focus Ireland said the new figures do not include families across Dublin who have been recognised as homeless by local authorities but have not been offered any emergency accommodation. 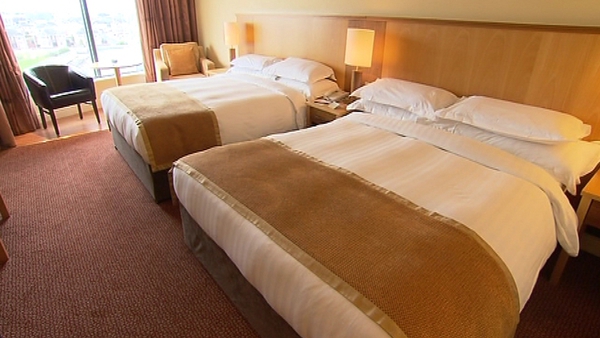