Archbishop of Dublin Dr Diarmuid Martin has said he was appalled to hear of delays by some orders in fully implementing standards and guidelines of child protection.

The National Board for the Safeguarding of Children said seven of the nine orders it has just completed inspections on have a poor record of management, making any assessment of their current practice difficult.

The Catholic Church's child protection watchdog  says opportunities to safeguard children were missed and known abusers allowed to remain in ministry in 1990s.

In a statement, Dr Martin said: "The failure of any single Church organisation to implement the common norms casts a shadow over the credibility of the entire Safeguarding efforts of the Catholic Church.

"Survivors trying to regain their confidence in the Church will be disillusioned once again.

"The many lay men and women who work voluntarily in Church safeguarding structures in our parishes must feel disheartened.

"Failure of any Church organisation to implement fully and robustly the agreed clear norms is a direct affront to the desire of Pope Francis, repeated only one week ago, when he wrote that."

In an Overview of its latest tranche of reviews, the Chief Executive of  the National Board for the Safeguarding of Children in the Catholic Church, Teresa Devlin, says she's disappointed that most of the Orders have only been "bedding down" the whole area of safeguarding in the last couple of years.

Her spokesman said the following seven had significant problems: the Augustinians; The Passionists: The Discalced Carmelites; The Franciscan Friars and  Brothers; The Servites;  and the Marist Fathers.

The Sacred Heart Fathers of Jesus and Mary and the Dominican Sisters complied well with child protection standards and have demonstrated their commitment to responding promptly to allegations of abuse. 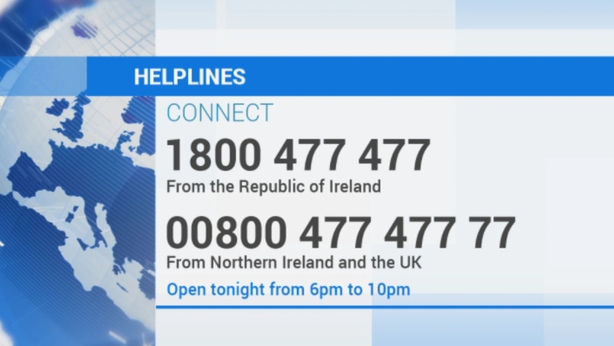 The Franciscan Friars in Ireland (OFM) have expressed regret for missing opportunities to protect children who were sexually abused by a number of their Friars.

They say a report by the Catholic Church's child protection watchdog describes a "stark reality of abuse perpetrated by members of the Irish Franciscans over a 45 year period" up until 1998.

The report is one of 16 published today following the completion of the latest tranche of audits by National Board for the Safeguarding of Children in the Catholic Church in Ireland.

The report on the Irish Franciscans, says three friars were convicted by the courts during the period, and highlights the order's failure to deal adequately with complaints brought to its attention at the time.

The order says it regrets that there were "significant missed opportunities" to protect children other than those victimised by the convicted friars.

In a statement, the order's provincial apologised unreservedly to each and every survivor, and to their families, for the pain and harm inflicted on those who suffered abuse while under its care.

He also said no apology can ever be sufficient, and acknowledges with deep shame and sadness that the Franciscan Order failed them.

He adds that the order is encouraged that the report noted there was a change in safeguarding practice from 2009 on wards.

33 abuse allegations made against Augustinians

The Review of Safeguarding Practice in the Augustinians by the National Board for Safeguarding Children in the Catholic Church found that 33 allegations of abuse had been received by the order since the beginning of 1975.

Allegations were made against 11 priests and brothers from January 1975 to the date of the review.

Seventeen allegations concerning members of the order have been reported to gardaí or the PSNI during this time.

Twelve were reported to agencies including Tusla, the Health Service Executive or health boards which preceded the HSE.

Seven of the priests and brothers against whom allegations were made are still members of the order.

Four of the members of the order against whom an allegation was made are deceased.

One member of the order, against whom an allegation has been made, is still in ministry, while three are out of ministry but are still members of the congregation.

Three of the priests and brothers who were the subject of allegations are retired.

The review of safeguarding practice in the Discalced Carmelite Friars found that 11 allegations of abuse had been received by the order since the beginning of 1975.

Allegations were made against six friars from January 1975 to the date of the review.

Eight allegations concerning members of the order have been reported to gardaí during this time.

Six have been reported to agencies including Tusla, the HSE or health boards.

Two of the friars against whom allegations were made are still members of the order.

One of these is in restricted/private ministry, while the other remains in public ministry.

Four of the members of the order against whom an allegation was made are deceased.

The review found that the timeframe for reporting all of the allegations against living friars received by the order had been appropriate.

However, it noted that two allegations were made against a deceased priest and not notified to the gardaí for a number of years.

The reviewers were informed of the uncertainty within the order surrounding the notification process of allegations against deceased priests.

They acknowledged the welfare of children was not compromised because of the delayed notification.

The reviewers also said they were satisified that appropriate vetting procedures are in place within the order.

However they noted while practical procedures for vetting are in place, there is no written policy.

Reviewers also found that committment to safeguarding training within the Order is poor.

The reviewers saw no evidence that religious personnel, staff or volunteers received an induction on the order's safeguarding policies and procedures while working there.

In a statement, the order's provincial apologised "unreservedly for the hurt caused to persons by any of our friars for the betrayal of trust placed in them".

He said the order upholds the safety of children as paramount and has revised its safeguarding structure and updated its policies and procedures.

An audit of the Congregation of Passionist Priests has found that it has not implemented all the standards defined by the National Board for Safeguarding Children.

Twelve recommendations have been made in four areas of safeguarding, interim amendments to the safeguarding policy, case management and maintenance of files, role and development of the Safeguarding Committee, and role and function of the Advisory Panel.

Forty-two allegations relating to children or young people were made against members of the congregation.

All were passed to civil authorities at the time, and most relate to the 1950s.

Most of the accused are now deceased.

This data also included references to alleged adult and young adult victims which are outside the terms of reference of the report, as well as a number of cases where the alleged perpetrator has not been identified.

The reviewers concluded that 40 of the 42 allegations have been reported to gardaí or to the PSNI or to Scottish police.

In two cases, allegations relating to deceased men (received in 2010 and 2014) have not been reported on the basis that victims did not confirm information.

The 42 allegations relate to a total of 20 men who are, or at one time, were members of the Passionist congregation.

None of the 20 men subject to child sexual abuse allegations or concerns have been convicted or were subject to prosecution.

Sixteen of these men are deceased, and one is no longer a member of the congregation.

One priest has remained in ministry and two priests are out of ministry but are members of the congregation. In addition the student against whom there was an allegation was asked to leave.

In a statement, the congregation said The Passionists sincerely apologise for the pain experienced by those who have been hurt by the abuse perpetrated by their members, and acknowledge the deep suffering of the survivors and their ongoing trauma.

The Passionists say they are determined to ensure that past failings will not be repeated in the future and that children and young people will be safe in all aspects of their engagement with the Passionist Communities and Parishes.

The review of safeguarding practice in the male congregations of the Sacred Hearts of Jesus and Mary (SSCC), has found that since January 1975, there have been five allegations made against three priests.

There have been no convictions.

Just one of the priests against whom an allegation was made is still alive. He is "out of ministry."

The review says that "since his withdrawal from all public ministry in 1995, clear documentary evidence on file indicates that all appropriate actions were taken in respect of support for the complainant and ...to ensure there was no further risk to children."

When it came to their attention that "there may have been a risk to other children apart from the children implicated in the original allegation, the Provincial sought the advice of a child protection specialist...to ascertain the level of risk."

And they "had no hesitation in providing support to those who had been abused...in the form of financial support towards counselling."

The congregation is said to have "especially good guidance on whistleblowing and for the appropriate use of social media...and the internet."

The reviewers were "impressed with the degree of knowledge, enthusiasm, and familiarity of safeguarding policy which key personnel possessed."

The SSCC "have no direct ministry with children."

Gardaí informed the reviewers that they have not concerns or issued held in relation to this congregation.

One recommendation in the review is that the SSCC safeguarding team should produce a written plan and ask parishioners about their views on policies.

There are ten members of the congregation living in Ireland and are in Dublin and in the Cootehill community, in the Cavan/Monaghan border area.