The Syrian government receives "information" about air strikes by the US-led coalition against the Islamic State group in Syria, President Bashar al-Assad said in an interview today.

"Sometimes, they convey a message, a general message," he said in an interview with the BBC in Damascus.

"There is no dialogue. There's, let's say, information, but not dialogue."

Syria has grudgingly accepted the strikes against IS on its territory that began on 23 September last year, but has repeatedly criticised the coalition for failing to co-ordinate with it.

It says the raids cannot defeat IS unless the international community starts co-operating with Syrian troops on the ground.

The US has ruled out working with President Assad's government against IS, and the Syrian leader said Damascus had no interest in joining the coalition.

"No, definitely we cannot and we don't have the will and we don't want, for one simple reason - because we cannot be in an alliance with countries which support terrorism."

The comment appeared to be a reference to coalition support for other rebels groups fighting to overthrow him, all of which his government derides as "terrorists".

President Assad said US officials "easily trample over international law, which is about our sovereignty now, so they don't talk to us, we don't talk to them."

More than 210,000 people have been killed in Syria since the conflict began with anti-government protests in March 2011.

However, Mr Assad denied that the army was using the makeshift bombs - crude barrels packed with explosives and shrapnel that are generally dropped by helicopter.

"I haven't heard of (the) army using barrels, or maybe cooking pots," he said, laughing. 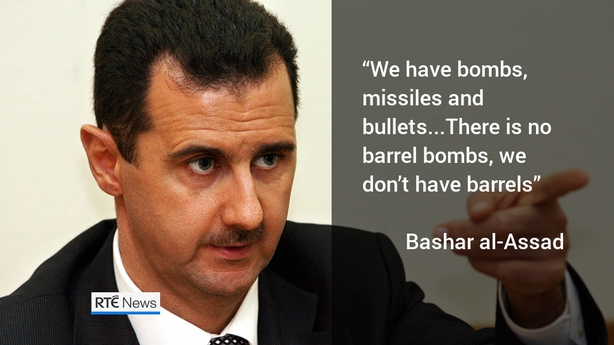 He also denied accusations that Syria's government had used chemical weapons against its own people in August 2013, in an attack outside Damascus that killed up to 1,400 people.

"Who verified who threw that gas on who?" he said.

Asked if his government was responsible, he said "definitely not," adding that the reported death toll was "exaggerated."

He also said his forces were "definitely not" using chlorine as a weapon.

Since Syria gave up its chemical arsenal in a Russian and US-brokered deal after the 2013 attack, there have been persistent reports of the use of chlorine gas. 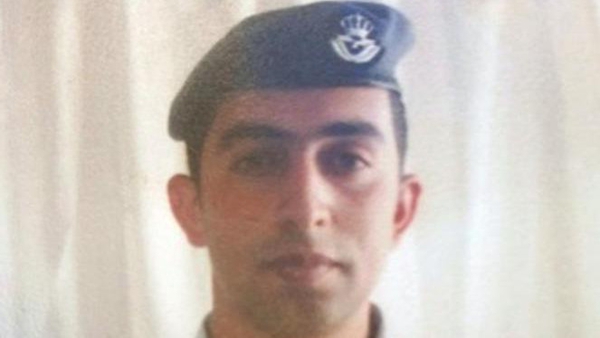