Labour TD Anne Ferris voted against the Government on the Fatal Foetal Abnormality Private Members' Bill, which was defeated in the Dáil.

However, a Labour TD said he plans to introduce a new bill to allow for a termination of a pregnancy in situations where a foetus has no prospect of survival.

Four Labour deputies were not in the chamber for this evening's vote on Ms Daly's bill, but party whip Emmet Stagg said their absence had been agreed with the party beforehand.

Ahead of the vote, independent socialist TD Clare Daly, who proposed the bill, accused the Taoiseach of being a hypocrite if he would not to allow a referendum on the Eighth Amendment to go ahead.

She said the Government was proposing inaction and described the situation where women had to travel to England for an abortion as cruel, inhumane and a violation of human rights.

Ms Daly also said it was rubbish to say her bill was unconstitutional.

She also criticised the decision of Labour leader Joan Burton to impose the party whip on TDs ahead of the vote, saying that highly-paid parliamentarians are expected to come into a vote like "nodding donkeys" before they have all the facts.

Ms Ferris was the only Labour TD to vote against the Government.

Ahead of the vote, Labour deputies were given a briefing on the legal advice the Government has received, which indicates the bill is unconstitutional and a referendum is required to address the issue.

It is understood up to 20 speakers contributed, with many backing the party stance to oppose the measure on constitutional grounds.

Ms Ferris had told her colleagues she would be backing the bill and was supported by Waterford TD Ciara Conway.

However, Ms Conway voted with the Government against the measure. 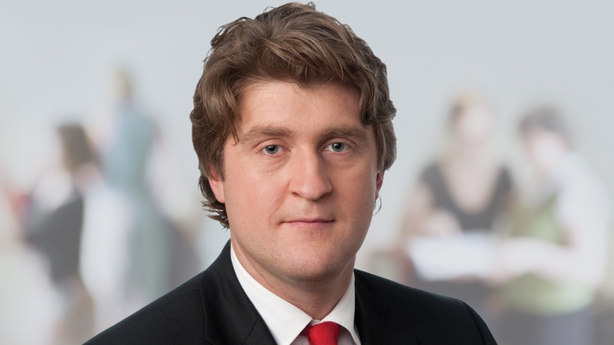 Meanwhile, Labour TD Michael McNamara this evening said he will introduce a new bill to the Dáil that will allow for a termination of a pregnancy in situations where a foetus has no prospect of ever living outside the womb.

Mr McNamara said he was putting forward a bill that he believes will legislate for cases cases of fatal foetal abnormalities should be while remaining within the confines of the Constitution.

Fianna Fáil leader Micheál Martin had said all members of the Dáil should be told of the Attorney General's advice on the bill if one group of deputies were.

Sinn Féin leader Gerry Adams also criticised the way all of the TDs in the Dáil had not been briefed on the Attorney General's advice.

Taoiseach Enda Kenny said the Attorney General has said the bill is unconstitutional as framed.

He said he does not speak for any minister about the briefing they give to their party and does not attend Labour party meetings.

People Before Profit TD Richard Boyd Barret asked if a briefing was given to some deputies in the House, could deputies who would be required to vote on the proposal be given the same briefing.

The Taoiseach said the Attorney General gave formal legal advice to the Cabinet that the bill is unconstitutional and there are no documents other than that.

Ms Daly said this morning that if TDs "had any conscience" they would vote in favour of the bill, especially given that 20 Labour TDs wrote a letter to the then minister of health a number of years ago calling for such legislation.

Speaking on RTÉ's Morning Ireland, she said the whip was being imposed on the grounds that the bill was unconstitutional.

She said only the courts could adjudicate on whether a bill was constitutional or not, and she called on the Government to publish the advice given by the Attorney General in this regard.

Minister for Pubic Expenditure and Reform Brendan Howlin said Labour wanted to give real redress to people dealing with fatal foetal abnormality and not enact legislation that is constitutionally infirm, which he said would be cruel.

In a speech in his constituency, he said he believes there should be a commitment to deal with these issues in the party's manifesto.

Minister for Health Leo Varadkar has previously said the current abortion laws are too restrictive and, in relation to terminations in cases involving fatal foetal abnormalities, he said he will be recommending to his party that it is dealt with in the next Dáil. 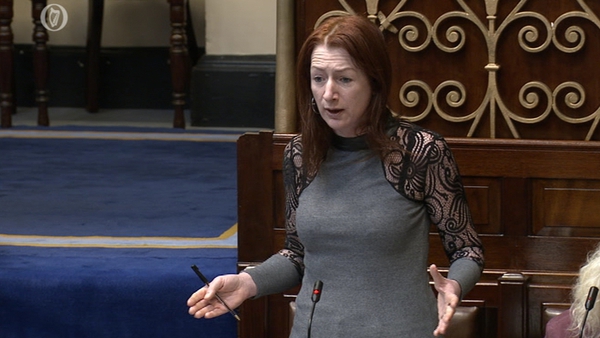