Greek Prime Minister Alexis Tsipras has said Athens will seek a bridge loan rather than an extension of its bailout, which is due to end on the 28 February.

Addressing parliament Mr Tsipras said the country wanted to service its debt of more than €320bn but could not do so.

In an address to parliament he also promised measures to cut bureaucratic spending and said his government would stick to its pre-election pledges.

Meanwhile, Mr Tsipras has said the country had a "moral obligation" to claim reparations from Germany for the damages wrought by the Nazis during World War II.

Greece had "a moral obligation to our people, to history, to all European peoples who fought and gave their blood against Nazism," he said in a key address to parliament.

Berlin has already sounded a firm "no" to requests for reparations nearly 70 years after the end of the war, but Mr Tsipras and his radical left party have vowed to tackle the issue.

"Our historical obligation is to claim the occupation loan and reparations," Mr Tsipras said, referring to Germany's four-year occupation of Greece and a war-time loan that the Third Reich forced the Greek central bank to give it which ruined the country financially.

We aim to work with our partners in Europe to achieve these goals. What we will not negotiate is the history and the dignity of our people

The loan to the Third Reich was for 476m Reichsmarks, which was valued at €7.3bn in a 2012 German parliamentary report. 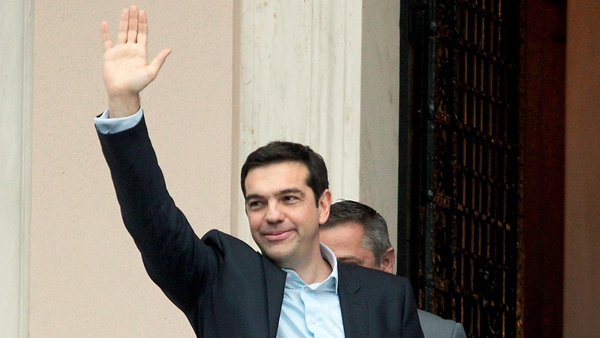