Greek left-wing leader Alexis Tsipras has been sworn in as prime minister of a new anti-bailout government determined to end nearly five years of austerity.

The decisive victory by Mr Tsipras' Syriza party in a snap election reignites fears of new financial troubles in the country.

Mr Tspiras, 40, is the youngest Greek prime minister in 150 years.

It is the first time a member of the 19-nation eurozone will be led by parties rejecting German-backed austerity.

Mr Tsipras' success is likely to empower Europe's fringe parties, including other anti-austerity movements across the EU.

Sporting his trademark no-tie look, Mr Tsipras became the first prime minister in Greek history to be sworn in without the traditional oath on a Bible and blessing of basil and water from an archbishop.

At a brief secular ceremony where he pledged to uphold the constitution, Mr Tsipras told President Karolos Papoulias: "We have an uphill road ahead."

In a symbolic move, his first action as prime minister was to commemorate Greek resistance fighters with red roses at a memorial in Athens to those executed by Nazis. 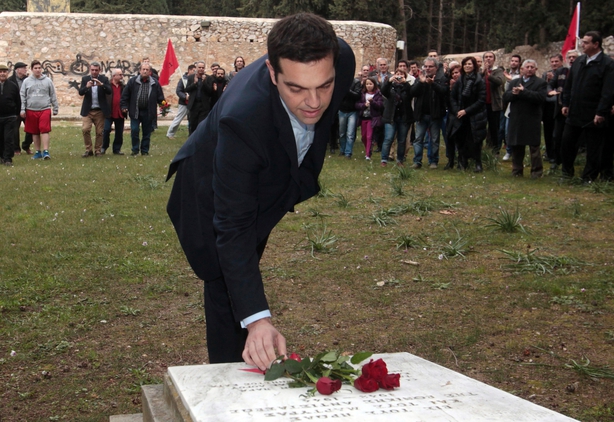 Defying predictions that he would turn from populist to pragmatist after taking power, Mr Tsipras quickly sealed a coalition deal with the small Independent Greeks party which also opposes Greece's EU/IMF bailout.

Syriza won 149 seats in the 300-seat parliament with its campaign of "Hope is coming!”, leaving it just two seats short of an outright majority and in need of a coalition partner. The Independent Greeks, at odds with Syriza on many social issues like illegal immigration, won 13 seats.

The alliance is an unusual one. The parties, at the opposite end of the political spectrum, share only a mutual hatred of the €240bn bailout programme keeping Greece afloat at the price of budget cuts.

Stavros Theodorakis, leader of To Potami, a new centrist party once seen as a potential Syriza coalition partner, said he could not join a government that included the Independent Greeks, whom he called "far right" and "anti-European".

But he said he would wait to see the government's programme before deciding whether to support a vote of confidence in parliament.

The tie-up suggests Mr Tsipras will keep up his confrontational stance against Greece's creditors, who have dismissed his demands for a debt write-off and insisted the country needs reforms and austerity to get its finances back on track.

"At first sight this looks like a very strange marriage, but both parties share a strong opposition to austerity," said Diego Iscaro, an analyst at IHS Global Insight.

Yanis Varoufakis, an economist and outspoken blogger crusading against austerity, is expected to become finance minister when the cabinet is unveiled today, senior party officials said.

He wrote today that Greeks had "put an end to a self-reinforcing crisis that produces indignity in Greece and feeds Europe's darkest forces".

"I would like to extend my congratulations on behalf of the Irish Government to Alexis Tsipras. I look forward to working with him at the European Council and I wish him and his government all the best in the challenges they face.

"We will no doubt be working together along with all European leaders in securing stability, jobs and prosperity for all the citizens of the European Union," he added.

Reaction from financial markets to Syriza's victory was largely muted, with the euro recovering from a tumble to an 11-year low against the dollar on initial results.

For the first time in more than 40 years, neither the New Democracy Party nor the centre-left PASOK, the two forces that had dominated Greek politics since the fall of a military junta in 1974, will be in power, beaten by a party that has until recently always been at the fringe.

Together with last week's decision by the ECB to pump billions of euros into the eurozone's flagging economy, Syriza's victory marks a turning point in the long eurozone crisis.

It signals a move away from the budget rigour championed by Germany as the accepted approach to dealing with troubled economies, though it is unclear what concessions Syriza will be able to wring from creditors.

Both IMF head Christine Lagarde, who said the fund would continue supporting Greece, and the chairman of the Eurogroup of eurozone finance ministers, Jeroen Dijsselbloem, said they wanted to work with the new government.

Ms Lagarde said: "We stand ready to continue supporting Greece, and look forward to discussions with the new government."

Finance Minister Michael Noonan said there could be some room for a deal to adjust Greek debt maturities and cut interest rates rather than writing the debt off.

Mr Tsipras can expect strong resistance to his demands from Germany in particular and a series of European policymakers urged Syriza not to renege on previous governments' commitments.

"There is no room for unilateral action in Europe," ECB executive board member Benoit Coeure told Europe 1 radio, saying it was important to play by the "European rules of the game".

Mr Tsipras has drawn the ire of lenders with his pledge to end budget cuts and heavy tax rises that have helped send the jobless rate over 25% and pushed millions into poverty.

But with Greece unable to tap the markets because of sky-high borrowing costs and facing about €10bn of debt payments this summer, he may find himself with limited room to fight creditors.

The new prime minister will also need a deal to unlock more than €7bn of outstanding aid to make debt payments in the summer.

Standard and Poor's sent an early warning shot to Greece's new government, saying it could downgrade its credit rating even before its next planned review in mid-March if things go badly. 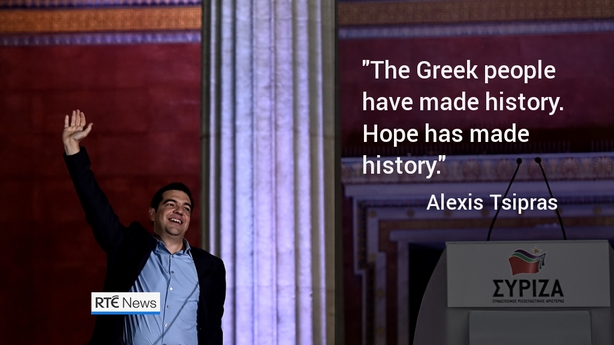 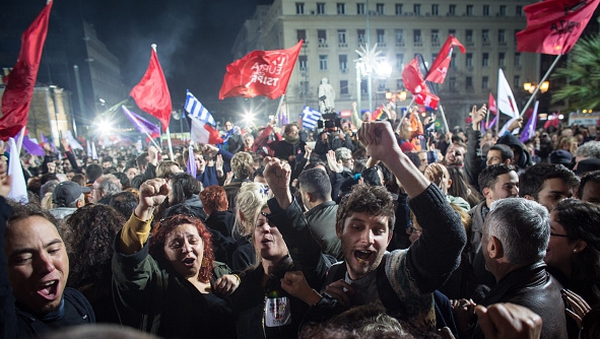 Key points about the Greek election