A charity that helps women affected by prostitution and trafficking says traffickers and sex buyers in Northern Ireland are planning to come south of the border once a new Stormont law criminalising the purchase of sex comes into force in June.

The warning has been issued by Ruhama, which is calling on the Government in Dublin to quickly bring the Republic's law into line with that in Northern Ireland.

Last year Ruhama helped 82 prostitutes who had been illegally trafficked into the Republic. It says they are the tip of the iceberg.

They are mostly from Sub-Saharan Africa where traffickers have duped them into thinking they will get respectable work in Europe.

Ruhama and other groups have persuaded the Government to commit in principle to criminalising the purchase of sex in the Republic.

However, the Stormont Assembly earlier this year enacted DUP's Lord Maurice Morrow's private members bill, which from June onwards will criminalise the purchase of sex north of the border.

Ruhama spokesperson Sarah Benson has told RTÉ News that on online forums, customers of prostitution in Northern Ireland are already planning to move their activities south of the border so as to avoid prosecution.

The Department of Justice has told RTÉ News the Sexual Offences Bill, currently being drafted, is "priority legislation".

A spokesperson said it is expected that it will come before the Dáil and Seanad by the summer with a view to its enactment by the end of the year.

The bill proposes criminalising the purchase of sex from prostitutes, especially trafficked prostitutes.

It guarantees that people selling their bodies will not be committing a crime. 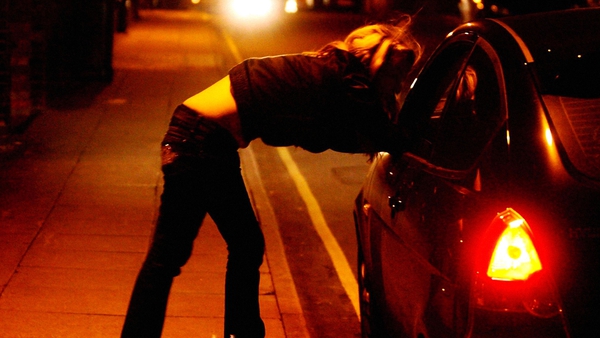