Copies of the Charlie Hebdo magazine were distributed last night to around 120 retailers in Ireland.

A spokesman for EM News Distribution Limited said 1,500 copies had been distributed following a delay of 11 days since the initial anticipated date of delivery.

Until now, the distributor's associated company in Britain, Menzies, had difficulties securing a substantial number of copies of the survivors' edition of the title.

Millions of copies of that edition were produced after 17 people were killed in three days of violence by Islamist extremists in Paris three weeks ago.

Twelve people, including some of France's best known cartoonists, were killed at the offices of the magazine on 7 January.

The current edition depicts the Prophet Muhammad on its cover, an act which is regarded by many Muslims as blasphemous.

The Islamic Cultural Centre in Dublin has said it will seek legal advice if such depictions are published in Ireland to establish if they are in breach of the Republic's anti-blasphemy law. 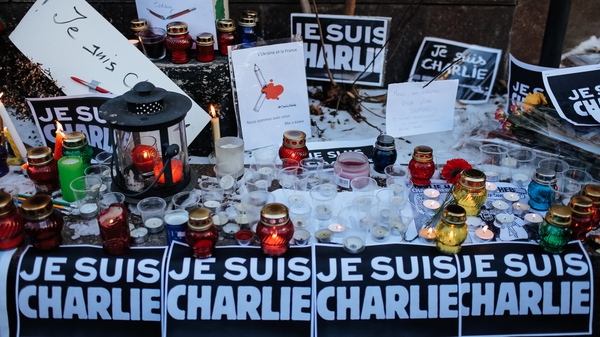 Charlie Hebdo to print three million copies of next edition