The garda penalty points report has found that one in three of all cases arising from the Garda Whistleblower Sergeant Maurice McCabe's allegations of abuse of the system required further investigation.

Details obtained by RTÉ News show that of the 115 people whose actions he brought to the authorities, 240 incidents were identified, 90 of which were taken further.

The report has made 20 recommendations, including the need to examine an individual's previous cancellations, as well as the reasons for cancellations, such as driving an emergency vehicle and undeliverable at an address.

The garda audit of the penalty points system commenced last September after Sergeant McCabe complained that abuses of the system were continuing.

Sergeant McCabe worked with the audit team during the inquiry and while he is not named in the report his contribution is acknowledged.

The report found six senior gardaí continued to cancel penalty points in breach of policy and outside their own areas, despite directions from the Garda Commissioner that the practice was to cease.

Details of the completed report, which has been obtained by RTÉ News, show that more than 16,000 penalty points cancellations were examined.

More than 660 of these cancellations were identified as requiring further analysis.

The report found that 54 of these took place after the commissioner introduced the new centralised cancellations policy.

Of these, the report identified a total of seven suspicious cancellations.

At least two gardaí had points cancelled in questionable circumstances.

One had penalty points cancelled six times, but his previous history had not been checked.

The audit also found that in nine cases, six superintendents or acting-superintendents cancelled penalty points, either in breach of the policy or outside their own districts.

This was done despite the fact three of their colleagues had previously been disciplined and after the former and present commissioners had directed the practice was to cease.

These cases are being sent to the Garda Síochána Ombudsman Commission, but a number of those garda officers have since retired.

The report also shows a significant increase in points being cancelled because the notices were returned having not been delivered and because of problems with the statutory declaration.

This allows gardaí and others to have penalty points cancelled if they are incurred in response to a crime or an emergency.

Reacting to the report, Minister for Justice Frances Fitzgerald has said there is no hiding place for people who have penalty points improperly quashed.

Ms Fitzgerald said the report would be discussed at Cabinet on Tuesday and later published.

A garda spokesperson said they will not be commenting on the report until it is published.

Wallace not surprised by report

Independent TD, Mick Wallace has said that there is not much surprise in the report and he said it amounts to fraud.

Speaking on RTÉ's News At One, he said that there has been no sanctions and that people are blatantly breaking the law on the issue, ignoring their own recommendations.

He said that there is been a massive increase in excuses of "An Post undelivered" and he questioned why.

Speaking this evening Deputy Wallace said that he understands from speaking to Maurice McCabe that 90% of his allegations had gone on to be investigated further rather than the one third which was reported.

He said that there is a need for a public inquiry into the matter. 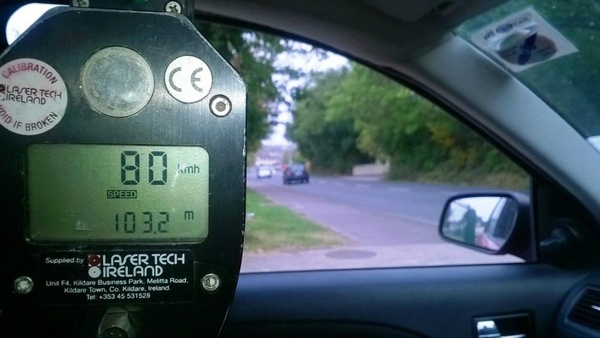