Investment by Irish Water in infrastructure this year is set to be significantly lower than the average annual spend by Government over the previous ten years.

Documents obtained by RTÉ News under Freedom of Information show the company's capital spend on infrastructure up to November this year was €300m.

Other documents show Irish Water is on course to fix the same number of leaks this year as were repaired last year.

This is despite a massive water meter installation programme that the company said would help it to find leaks.

One thing that all sides of the debate on water charges can agree is that in the past there has not been enough investment in water infrastructure.

This has resulted in water not fit to drink in some counties, barely enough water in Dublin and no sewage treatment in many towns.

Water Services Bill passes through both houses of Oireachtas

However, the last two years has seen the lowest level of investment in water services since 1998.

In the first 11 months of this year, Irish Water spent just under €300m.

On leaks, the company has predicted that installing water meters will help it to pinpoint where water is being lost.

However, despite installing half 500,000 meters, it is on course to repair around the same number of leaks as last year, at just over 26,000.

The company said it had made significant progress identifying and fixing some major water leaks and its capital spend will be €340m by the end of this year.

Water metering will 'pay for itself' - Ervia chief

The Chief Executive of Ervia, Irish Water's parent company, has said the utility is committed to increasing spending on infrastructure to at least €600m per year.

He said the data being gathered showed that the issue of leaks was worse than expected with close to 50% of the water supply being lost.

Mr Nicholas said over the next 12 months, Ervia will either fix more leaks or replace more of the rotting pipes, whichever makes more sense in terms of reducing the amount of water they are losing.

Mr Nicholas said: "What we actually found is that the situation is worse than people believed and the metering programme has helped us do that.

"We have been astounded by the fact that over 13% of the water that arrives at our homes in Ireland is being lost through leakage.

"Where it was believed as an industry standard over the last five to seven years that we were losing in the order of 40-45% leakage, we now believe unfortunately that's now closer to 50%.

"So in our first year of operation, as we now get our heads around what is the most complex and greatest transformation in the history of the State, we are now finding that the situation we have inherited is worse that we believed." 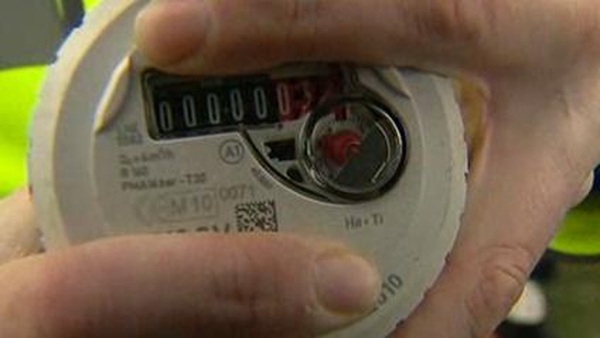